9 Marketing Strategies That Worked Well – Then Not so Much

Advertising and marketing constantly operate in a world of diminishing returns. They come up with something new, consumers love it (good ROI), then become accustomed to it (average ROI) and stop engaging (poor ROI). For example, the first banner ad ever had a click-through rate of 78%.

So we looked at 9 old marketing stories, channels, and campaigns that for a time were at the peak of their diminishing returns lifespan, before succumbing to The Law of Shitty Clickthroughs, to see what we can learn and where future marketing opportunities might lie.

But first, an ode to Andrew Chen

Andrew Chen – investor, marketing savant, general smart guy – wrote what he calls “The Law Of Shitty Clickthroughs”. It’s the idea that any online marketing or advertising will have diminishing returns due to three key factors:

The conclusion? There’s really only two ways to advertise and market effectively in the long term:

So here’s a trip down marketing history lane to look at channels when they were at the top of their game. 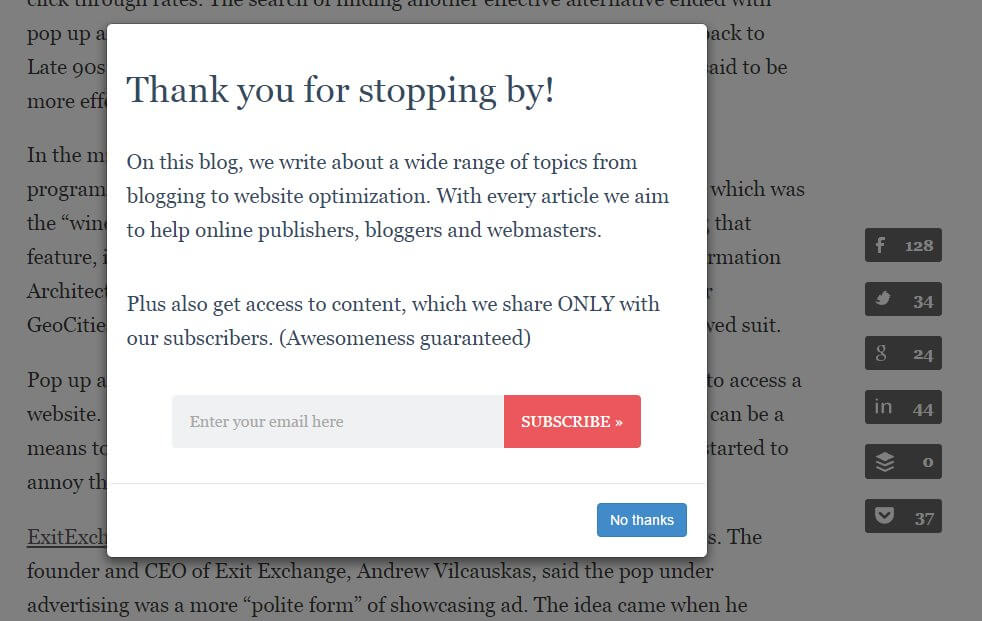 Popup ads really hit their stride in the desolate years after the dot com bubble. Tech companies were a lot keener to make money and a lot less keen to invest in static ads.

Static ads worked for a while because they had novelty.

Combined with adequate targeting from about 2000 onwards, there was a time when they were an effective mechanism.

However, popup ads and their ilk have always suffered (and will continue to suffer) because they deliberately stand in the way of the user. Once the novelty wore off, all they became was something that a potential customer found annoying, and their ROI plummeted. Today, the CTRs on pop ups are up to 6.5%. However, given the huge number of programs to stop popup advertising, this figure isn’t so heartening.

Don’t upset your users, because it damages you in the long run (even if the novelty in the short run achieves desirable ROI).

Being an extension of the same problems that popup ads have, YouTube videos are worthy of a special mention.  AdWeek wrote just last month that brands are responding by making excellent, almost long-form videos, but it’s hard to argue with numbers – 94% of people report skipping preroll ads. Combined with the sheer number of programs designed to block them, even the best creative in the world is really repackaging an existing problem.

Reapplying an old model (pop-ups) to a new medium (pre-roll) doesn’t mean that your results are going to be different. Chances are the customers who were unconvinced by the old model will be equally unimpressed with the new one.

Google’s first crack at advertising (which is now responsible for 90% of its revenue) was based on a per impression model. Companies paid pretty much for how many eyeballs their ad got in front of, regardless of engagement. It’s a very traditional model, similar to charging more for TV ad space during the Super Bowl than in the middle of a Wednesday afternoon. After the dot com bubble burst, they switched to a PPC model, which is really the precursor to modern Google AdWords.

What makes Google unique though is that at a time when banner ads and popups were having a field day and making a mockery of user experience, Google kept their advertising simple. No graphics, no obnoxious strobe effects – just subtle, in-text ads. Even today, advertising on Google is hardly over the top. 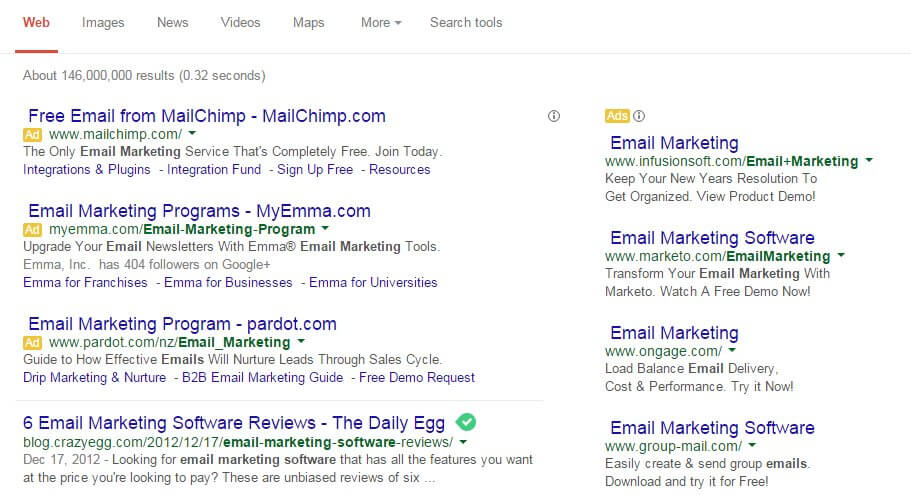 They recognized that it was more important to work for users than for advertisers, because users are really the ones driving the business.

Keep your users onside, even if you sacrifice ROI.

As we all know from The Social Network, Facebook succeeded at the start because it was “cool”. As it turns out, its first advertising was really anything but. Back in the day, its first banner ads were just that – banner ads. Standard format, standard layout, nothing fancy. So why did it work?

Because Facebook was a new platform. A new medium. A new channel for companies to reach potential customers. Plus, the original Facebook users were from a very narrow demographic – students. It let the first advertisers target their ads precisely. Which is why it’s no surprise that the first companies to use the service were T-shirt companies, moving services – stuff that students would want.

Now, Facebook advertising had gone in a far more native ad direction. While banner ads are still there, advertisements embedded in the newsfeed are the next big opportunity. 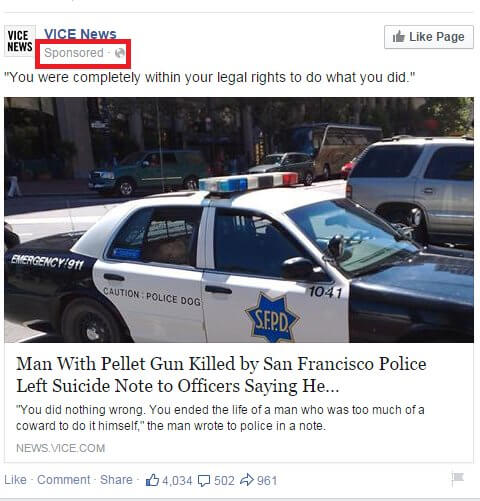 Truly new platforms are worth what it takes to find them, even if you only profit for a limited time.

Physical mail (direct mail, or DM) is one of the oldest forms of marketing. (Mostly because paper’s been around a long time and people have wanted to sell things for an equally long time.)

Modern DM (junk mail) is especially prominent in the US for three reasons:

The techniques used by DM marketing – creative techniques, testing, implementation, and iteration – have their counterparts in other marketing arenas, and some would say that DM is past its prime. However, as late as 2012, Target reported that DM was still the best B2C marketing channel it had. So why is it so successful?

First, DM has resurged in part because it’s novel again. As we live on screen more and more, I for one can’t resist opening a letter with my name on it.

Second, DM is the only channel that once it’s in the mailbox, the user has total control. So when they read that letter, flyer or brochure, they’re reading when and where they want. In contrast to popup ads, a flyer is consumed according to the customer’s schedule.

Make your advertising and marketing match the customer’s patterns – don’t force the customer to adapt to yours.

Credit cards in the mail

The concept is really an extension of DM. Send customers pre-approved credit card applications, tantalize them with something like ’30 months interest free’ and see if you can flip them from whoever their provider is now to you. They worked for a long time because:

But enter the 2000s and credit card companies are not getting the same return on their campaigns that they once were. Why? Because they’ve lost their novelty. Without any innovation (really) since the 1980s, and with customer loyalty being more cemented with points programs etc., credit card DM applications have faltered.

Achieve good ROI while you can, but be aware of diminishing returns so you’re ready to move on to another marketing product or channel when the time comes.

AOL and its CDs

From 1992 to about 2000, AOL ran a brilliant campaign. They sent everyone CDs with AOL branding on the outside and software on the inside. That’s it. And they did this on an insane scale (to drive down the per-unit cost: it was like ordering a marketing campaign in bulk). A lot of people might remember the early 1990s AOL CDs… less than fondly, but the numbers speak for themselves:

So why was it so successful?

The same reason Facebook advertising was, and the same reason Snapchat will be – it was a new marketing channel. It was novel and fun and there was no competition. And people were excited to see what was on the disk. The result was that AOL became a household name over the course of a decade.

No matter what the cost (they did spend over $300 million) new mediums virtually always garner fantastic ROI.

Three easy words that jumpstarted many a Facebook app. 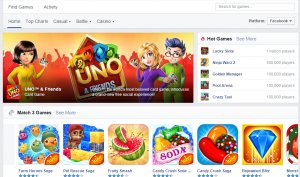 When Facebook Applications (the platform for that Facebook developed to let third party developers build apps) first came out, there was a huge rush of apps to get on the market (standard first-to-market approach). And Facebook was fine with this. In fact, its early promotional strategy ranked applications based on their popularity. So all developers had to do to market their product was build a product that was instantly engaging – essentially, the buzzfeed head line version of development. The goal? Get people to share with friends.

Well as it turns out, that wasn’t a great strategy. Gawker called it a “cornucopia of useless” in 2007 and later that year Facebook reprogramed it so that the best app in terms of use (rather than downloads) was pushed to the top.

Being useful instead of viral is the best way to achieve lasting engagement.

The problem with QR codes is that they relied absolutely on novelty from the very beginning. The idea is that a customer scans one and is taken to a mobile site or landing page to complete some CTA. But in reality, they often lead to just product pages on company websites, or are positioned in places with no WiFi (subways). The problem is that everyone rushed into the new technology without stopping to consider if the new tech was actually a new channel. There’s a big difference, and combined with a multitude of technical challenges and integration issues, the QR codes is a cautious word of warning for new channel zealots.

Recognize the difference between a new marketing channel and a new technology.

Marketing and advertising are constantly searching for that edge.

Looking back on previous channels and campaigns, the ones that have been successful beyond the novelty stage are the ones that are useful to the customer.

New mediums can present amazing opportunities (like AOL in the 1990s or Facebook during their early days), but it’s being useful, like direct marketing, that continues to return results year after year.