A Roundup of Boostrapped and Indie Development Companies

The indie development company – shrouded in mystery, intrigue, and myth. Never fully entering the spotlight but always dancing on the periphery – until now.

Placeit is proud to bring you 4 bootstrapped, hardworking stick-it-to-the-man indie app development companies. We’re only too happy to profile who they are, what they make, and why they’re awesome.

Before we go on, bootstrapping is apparently a confusing topic, a quick search returning some 1.9 million results.

So what is it? Basically, it’s when someone (or multiple someones) start a company with no backer, no loan, and no investment interests or prospects and using their own money turns their idea into a successful company. They ‘pull themselves up by their bootstraps’, hence the term bootstrapping.

Now on with the companies.

Tapps Games are a bootstrapped iOS development company that started in 2010 in Brazil. Their original plan was to get into the enterprise development game for iOS, but that didn’t pan out so well. So, completely lacking any game development expertise or experience, they decided to branch into iOS games in 2011.

Since then, it’s been going pretty well, with 169 (my count) games in the App Store.

That’s quite a lot of games.

In an interview with Chartboost in 2013, CEO René Retz said this was definitely part of the strategy:

“With many big players from the gaming industry entering the App Store, we realized back in 2012 that it would be very difficult for a small company with so little experience and investment to compete with them on big games.”

Since the early days, Tapps has expanded to a team of 20 (according to their website) including their CEO and CTO. So they’ve kept it pretty tight, considering the amount of work they’re turning out. And from the looks of things, while they might dabble in paid games or completely free ones, they rely overwhelmingly on in-app purchases (IAPs) to make money.

To date, the most successful game that Tapps has turned out has been Toilet Time – Mini Games to Play in the Bathroom, with (according to Xyo) around 4.9 million global downloads.

iTeleport is “a magical app that lets you control your computer from anywhere in the world.” Developed by Vishal Kapur and Jahanzeb Sherwani the app started in 2008, when Jahanzeb was visiting Pakistan and started playing around with his jailbroken iPhone to use it like a trackpad. He uploaded his app (which he called Touchpad.app) and sent it around the usual tech internet circles.

It got picked up and the video he made demonstrating it hit 100,000 views in three days. iTeleport was off to a pretty good start.

From there, Touchpad.app garnered a trickle of downloads and attention. It’s important to remember that this point, Jahanzeb hadn’t put any money into the app – he’d reinvested some of the $25 he made from the donations via the YouTube video, but other than the he’d used what he had already and his time. That’s it.

From Touchpad.app he expanded into Touchpad Media Server, (after changing the name to Touchpad Pro) which let users control their media player on their computer from their phone.

He charged a whopping $5 for this app.

After that, Jahanzeb asked users what they wanted. They all said that they wanted the ability to control their desktops from their phones, a feature that at this point had some serious problems with it. Well, Jahanzeb figured out how to stop the app crashing, how to split large monitors into little pieces and he tweaked the touchpad overlay so it provided a better user experience. He also figured that this was something people wanted, so he could probably charge for it.

Since those heady early days, they rebuilt the app using the official SDK from apple and launched it in May 2008 as Teleport, priced at $25.

Since then, they’ve been strong advocates of charging for apps, arguing in an interview with Signal V. Noise:

“[charging] shows that we’re confident that our product is head and shoulders above any other product out there.”

Estately is an app that lets people look at home to buy, straight from MLSes, on their phone. The whole idea of Estately is actually brilliantly simple – it’s image-focused, you can search by neighbourhoods, and you can take the realtor experience on the go.

Basically, Estately is Tinder for homes.

The founders, Doug and Galen, started out a lot like Jahanzeb from iTeleport – they set out to solve a problem that they themselves had. The websites available for buying homes were all terrible, not only from a UX perspective, but none of them actually had the same information on them.

This would not do.

So they worked to build a better product. Galen quit his job with about $20K saved up, convinced Doug to drop out of grad school, and started building their startup. They invested about $2,000 into a cheap server and some other expenses and went from there.

The monetization behind the idea is simple. First, Estately signs up to lots of MLSes (Multiple Listing Services). Then they take that information and redistribute it into a great user experience and a really image-driven app, with information quickly accessible that people care about.

Then, once people know which house they want, Estately sells the lead to brokers for 20% of their commission (in 2008. This may have changed).

When they were first getting going back in 2006, things weren’t so rosy. Because money was so tight, Galen and Doug worked from their homes, they got their first developer for free by offering a college credit, they ‘borrowed’ another startup’s server space, and ate for free whenever they could.

Since then, they’ve expanded from Western Washington to cities all over the US including Las Vegas, Chicago, Portland, Columbus, Denver, Austin, Orlando, Nashville, and the District of Columbia, plus hiring 17+ more employees (and still looking!)

Their first app was called CopterKid, which was built on the cheap with the $2,000 each of the brought to the table, profits from their summer internships.

Anyways, CopterKid was the idea they came up with for their million dollar ground breaking app. It’s a copter game. 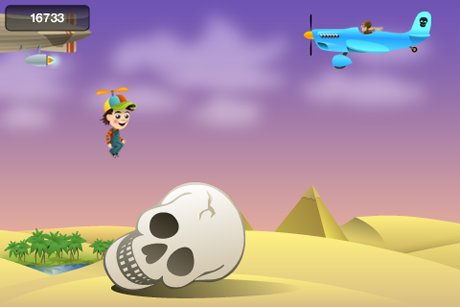 After some hiccups with offshore development (the usual story – PM problems, slow turnarounds, bad work, all which taught them that if the price is too good to be true, it probably is) they hired another developer and got things moving right in about a week and a half.

And since they weren’t the actual programmers, they had lots of time for marketing. Given the attractive price of the app at $0.99, the engaging design, and their own marketing efforts, it had a pretty good first few days.

However, due to an early App Store bug, after 3 days of success, the app totally flopped, and never really recovered it’s momentum once the bug was fixed.

After that (and after losing heart for a bit) the dynamic duo found out that London was having an open challenge to develop an app to promote the new Barclays bike rental system. 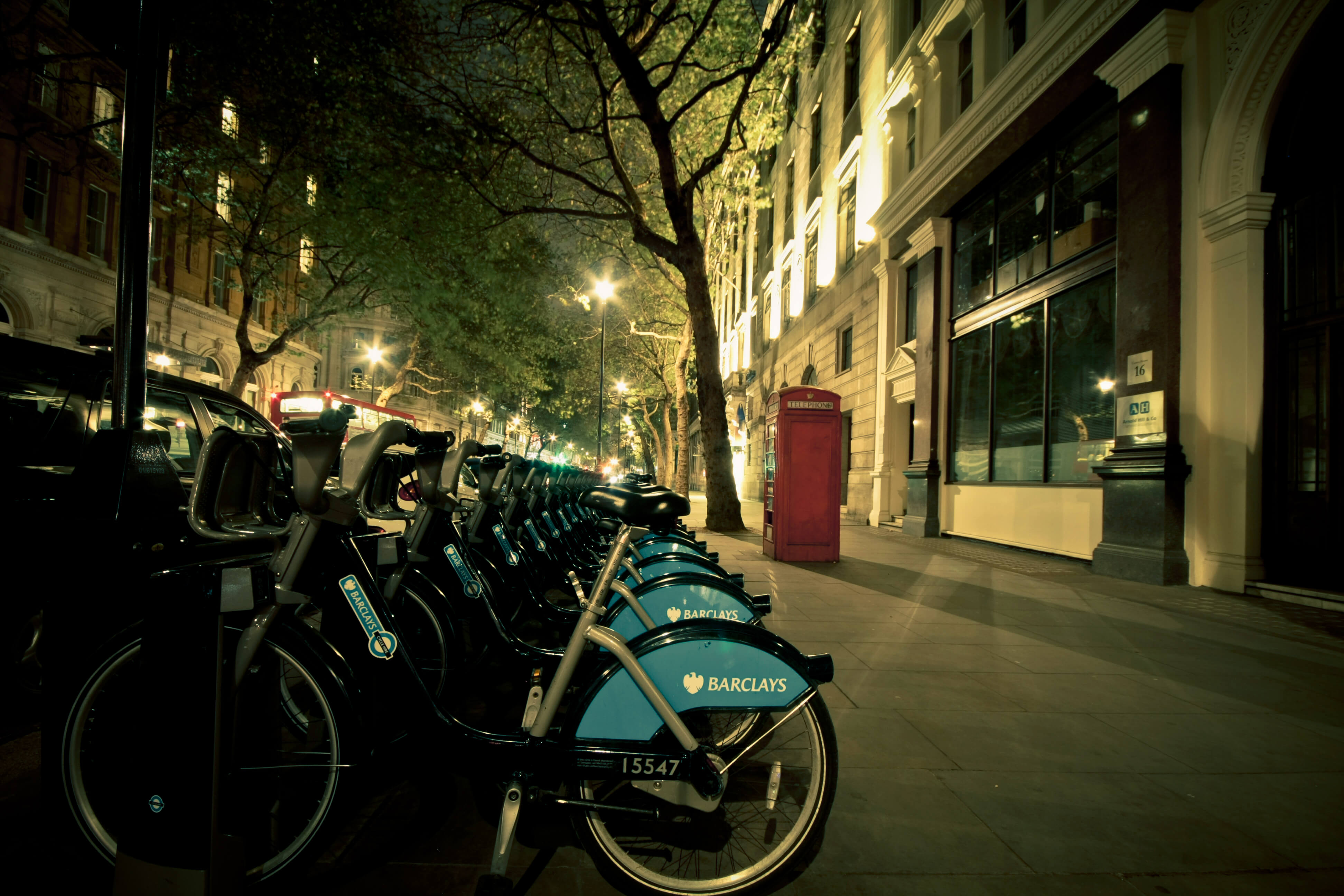 To offer a point of difference, FIPLAB built an app that told bikers the best, bike-safe way to get from point A to point B.

Well that went super well, with 80,000 downloads and a couple thousand daily users.

After a failed sponsorship deal with Barclays themselves, FIPLAB started generating money with ads and later, an ad-free pro version.

After that, (plus a short dev-only break) they’ve gone from strength to strength, developing loads of successful apps like Dating: Ask a Girl and a camera light app for the iPhone 4.

Bootstrapping your app development doesn’t come with a clear and well-lit path. It’s hard, it’s usually messy, and it’s definitely a little fly-by-the-seat-of-your-pants. But by all accounts, if you’ve got the will, then there’s definitely a way.