Why Are My Apps Not Working? This is Why 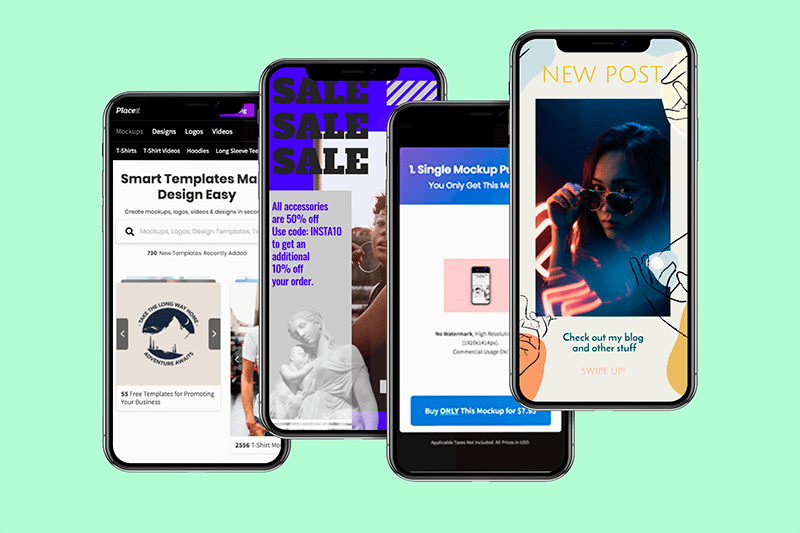 App Store Saturation or Why Your App Isn’t Doing Well

Developing an app is enough hard work and when something goes wrong you could get pretty frustrated. If you are constantly asking yourself, why are my apps not working? This post is for you.

Parts of the App Store are absolutely saturated, but they tend to be where the objective of the app is very simple, for example solving a very precise problem (like a tip calculator). But the app market, in general, is far from saturated, but developers need to work harder to build apps that are unique in their offering.

People have a tendency to cry wolf when it comes to the issue of the app market being saturated. As far back as 2009 people have been saying that the app market (back then with a mere 30,000 apps) was completely saturated. And well it’s pretty clear that that isn’t true (with over 1.3 million apps today) there are some categories and apps that are probably closer to saturation than others.

I looked at a couple different apps types and categories to see first how many apps were satisfying the demand already, and whether or not the demand was there in the first place.

First, we need to know what market saturation actually is.

It’s when supply is equal or bigger than demand for a product or service.

Following this definition, this is why people regularly predict that the App Store is fully saturated – there is an endless supply of apps, but people only use 15 to 20. This is obviously a little silly since apps do lots of different things so treating them, all the same, doesn’t help anyone. But the point stands – there are far more apps than the market could ever support.

But that doesn’t mean the market is saturated evenly. Certain parts of the App Store have thousands of apps, certain parts have only a few hundred. So which is which?

The utility category of the App Store is a bit of a mixed bag when it comes to apps. It’s a bit of a catch-all, with apps ranging from calculators and QR readers to things like myAT&T and My Verizon Mobile. It’s also one of the largest categories, rolling in at 6th largest with a little over 81,000 apps in it. 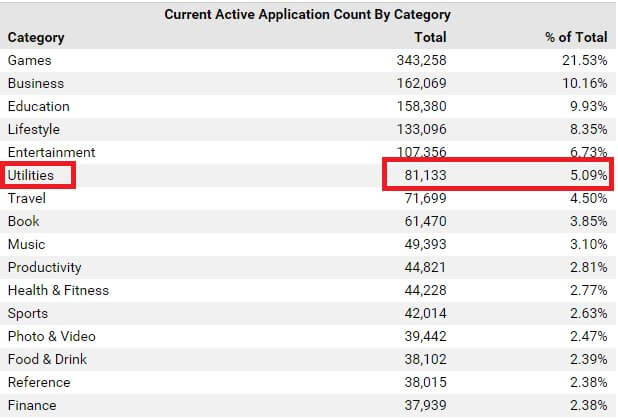 Like I said, it’s a mixed bag. So let’s break it down a little and look specifically at two specific types of apps – flashlights and tip calculators.

If you go into the utility section of the App Store, there are dozens of flashlight apps. A quick search on App Annie showed that the keyword flashlight got 1,173 iPhone results for the US, most of which are going to be flashlights for your phone.

Basically, there are lot and lots of apps, probably around a thousand, that all do the exact same thing.

So there is a reason that there are over a thousand apps that all do basically the same thing – people download them. The top flashlight app is actually in the top 25 apps in 27 countries, including being #4 in Bolivia, and back when it was new it peaked at 4th overall. 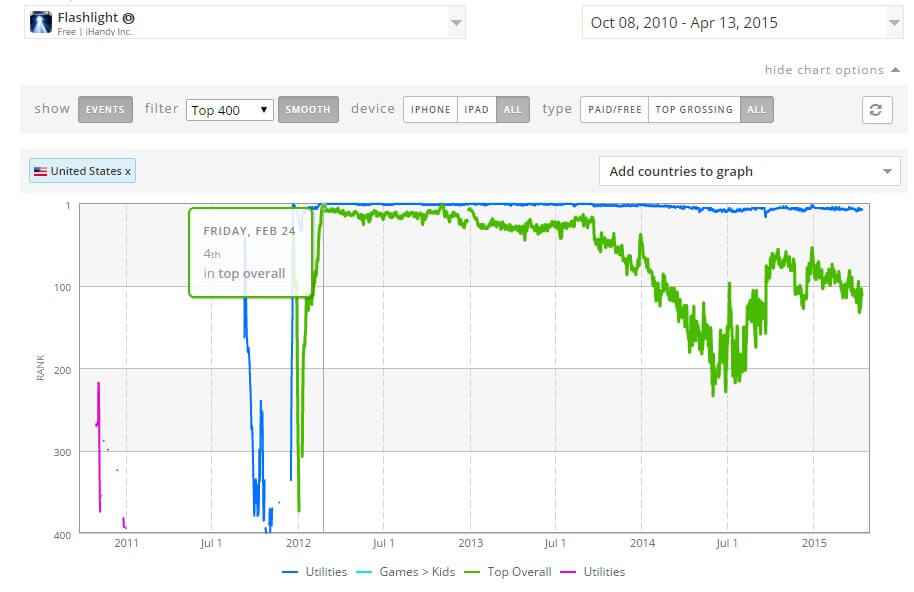 I’d say that the market is far, far oversaturated and that the guys on the bottom aren’t going to get anywhere.

What it boils down to is that people only really need one flashlight app, and since they’re all the same, product differentiation doesn’t stand much of a chance. It means that people download the top app, use it, and move on with their lives, never thinking of the 999 that they didn’t download. 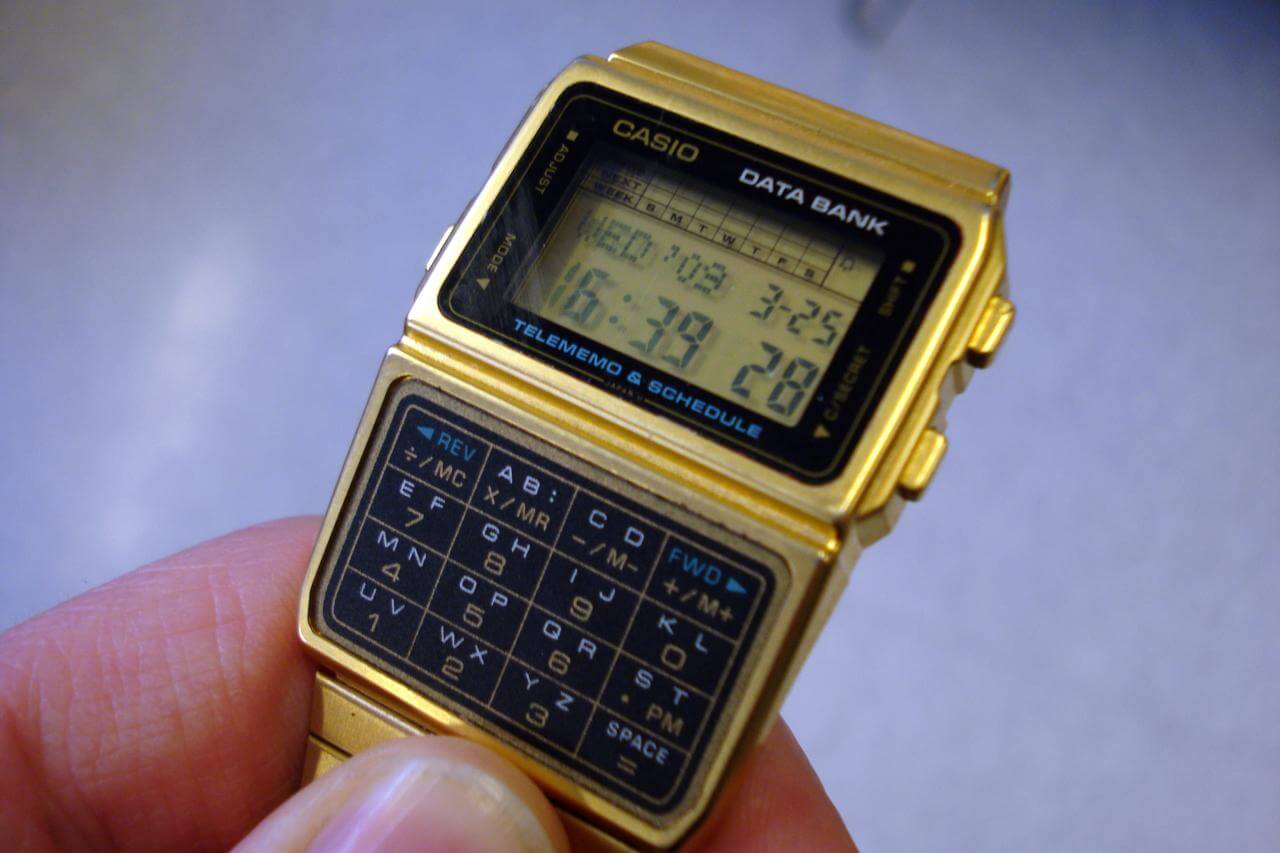 Tip calculators abound in the App Store, with 1,021 results returned from App Annie (On a side note, there were 368 results returned for iPads, which I find an unusual pairing of use. “Oh, there’s a tip we need to calculate? Let me just pull out my iPad” isn’t something I would think of.)

So how much of this is actually used?

Well, doing the same thing again revealed an even sadder story than the calculators. Only one (one!) lonely app ranked in the top 200 called Tip Calculator Free by iHandy. iHandy, by the way, is the same company that made the top flashlight app, so evidently, their ASO and marketing are going strong.

The Tip Calculate Free rolled in at #107, behind a police scanner app (#26), a home security app that turns your phone into a security camera (#103), and no less than six apps with ‘snap’ somewhere in their name.

And while the tip calculator has done ok overall, cracking into the top 400 overall now and again and generally staying in the top 100 of the utility section, it suffers the same problem as the flashlight apps – all tip calculators do basically the same thing.

Just looking at its screenshots and it’s pretty much what you’d expect.

Compare it to a game like Clash of Clans, for example, where there are dozens of factors to consider, like the user experience, the social elements, the difficulty, etc…

Because what the tip calculator needs to do is so simple, people are more likely to settle on the first one.

Conclusion: the market is fully saturated. 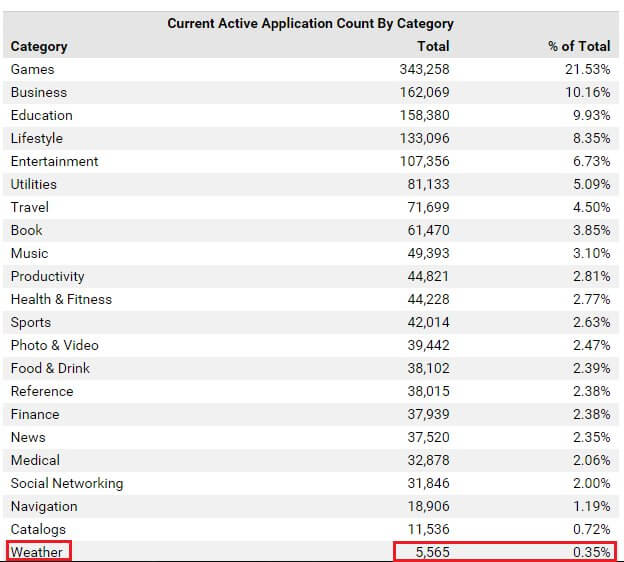 That’s a lot of apps that all do more or less the same thing, although the Dark Sky blog points out that there are really two types of weather apps: 24-hour ones and general weather ones.

That aside, there are still a lot of apps on display.

Well, back in 2014, comScore released stats for Android and iOS that showed that 34.2% of iOS phones used The Weather Company and 48.4% of Android users had a weather app installed on their phone, either Yahoo Weather or The Weather Channel.

The market penetration of weather apps is extremely high.

In terms of market saturation, I’d say that the weather category is highly saturated. It has significant penetration from weather apps, and there’s presumably not a huge incentive for people to change from a system that they know to one that they don’t. The incumbent apps have a distinct advantage, making it hard (but not impossible) for new apps to break in.

I say not impossible because some new apps, like Dark Sky, have really focused on improving the design and the UX of weather apps, forcing apps like The Weather Network to redesign their own products. 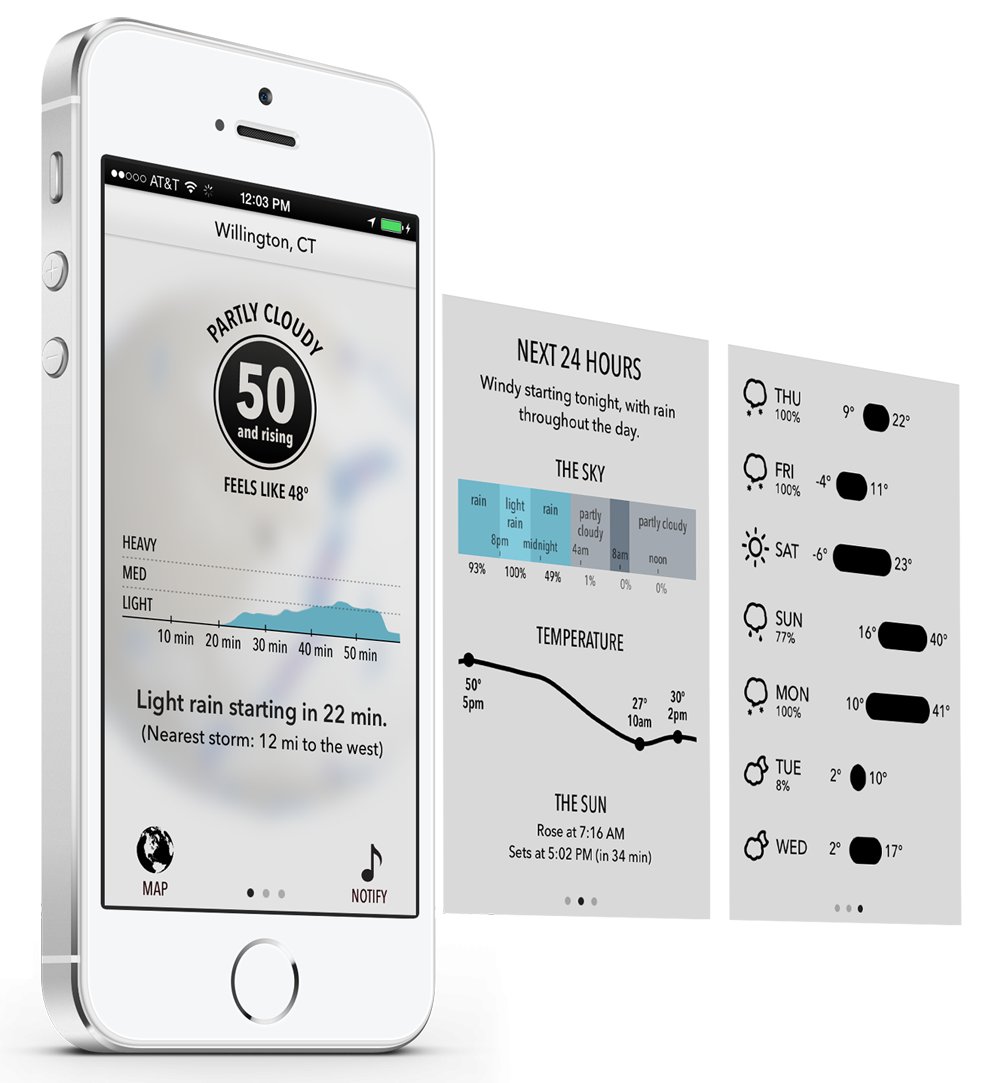 Again, the challenge facing app developers is that in some segments (like weather) the functionality is so limited it’s very challenging to add much value.

Conclusion: partially saturated, although difficult to make headway due to incumbent app’s advantage and low value add to entice users to switch.

Flashlights, calculators, and the weather category all show distinct levels of market saturation, due largely to the challenge of adding significant value to apps through functionality or features.

However, there are lots of sections of the app store that are robust and alive. Games, for example, or fitness trackers, are two areas where adding features, either creative ones (like a completely new game concept), design ones (a more fun game to play), or function ones (like integration with more fitness devices or programs) can facilitate new apps to be tremendously successful.

If you have enjoyed this post you might also want to read our 7 Tips for Promoting Your App without Money post or the Best UX Practices in the Age of Personalization.