The new Pokémon Legends Arceus is finally here making gamers from all around the globe get ready to catch a few wild Pokémons! This time, Pokémons will be able to attack you too, so get ready for an exciting adventure.

What You’ll Find in Here: 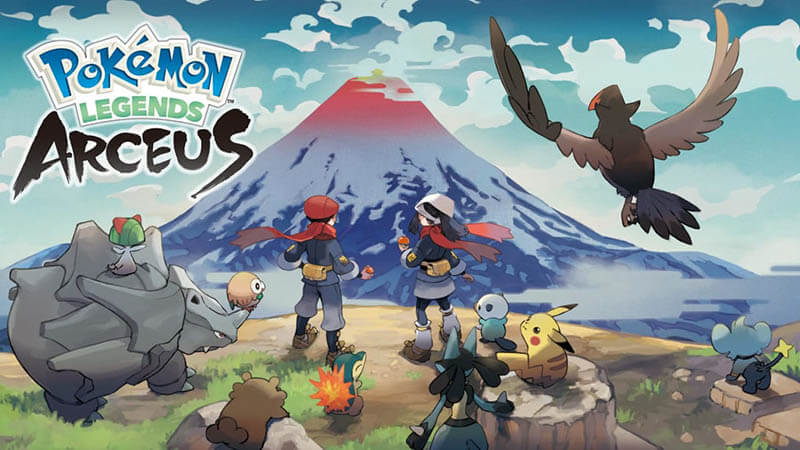 The arrival of the newest Pokemon game was on Jan 28 this year for Nintendo Switch! The new Pokémon Legends Arceus has everyone excited and here are the most relevant features:

The game blends the classic role-playing elements with a new exciting survival and exploration mode.

Even if the battle system is basically the same as always, Pokémon Legends: Arceus feels like a whole different kind of game thanks to the new game dynamics focused on Pokémon research and survival in the wildlands.

This new game is a prequel hundreds of years before Pokémon Diamond and Pearl, both classic games from 2006. The game takes place in the same region as Diamond and Pearl, Sinnoh, but before the existence of Pokémon Trainers and Pokémon Leagues, when the region was called Hisui.

It is very interesting to watch this region as it was being discovered, conquered, and colonized by humans. If you played Pokémon Diamond or Pearl versions, you might find some familiar places when you open the map in Pokémon Legends: Arceus, and if you’re new to it, you can play the remakes (Brilliant Diamond or Shining Pearl) to discover it for the first time as an evolved civilization.

Legends: Arceus also bring some new versions of familiar Pokémon as well as some new creatures. You’ll see how some Pokémon used to be hundreds of years in the past, and imagine how could they’ve evolved to the versions we know and love today; like a rock-type Growlithe, or a ghost-type Zoroark.

There are other interesting things about the look and feel of this game, as it features some visual and musical elements from previous generations taken hundreds of years into the past. You may hear some familiar music themes reimagined with ancient instruments, and items like a healing potion in a flask, or a wooden-made Poké Ball.

Players must choose one of three Pokémon partners: Rowlet, Cyndaquil, or Oshawott. Then the tasks for researching the area begin! It is a hostile world, full of powerful creatures, so you need to use all your wits, skills, and (of course) your partner Pokémon to survive in the wildlands and accomplish your mission as a Pokémon researcher.

Fights are still turn-based and are initiated automatically when you engage with a Pokémon, but the game has new dynamics that give it a whole new feel to it. For starters, you can catch some by being sneaky and surprising them with a Poké Ball, but there are others who are more aggressive and you’ll need to fight them like in other games, or they will attack you. You also have to craft your own items with materials you find in the wilds and return to camp each time you gather new info on the species who live in the area you’re exploring. It’s still a Pokémon game in the most traditional sense; an RPG, in which you train your team to teach them moves and help them evolve, but the new dynamics make it a very different game to play.

Players can still catch and train their Pokémon but with new strategic options and attack styles which renovate the battle system in a subtle way. Since it’s supposed to be a story from hundreds of years ago, it all has an “ancient aesthetic”, and that’s also included in the battle system, in which you can pick between a strong style, and an agile style so your Pokémon fight like ninjas.

You can find this game on online retailers like Amazon, GameStop, and Best Buy.

More exciting news! You can find a few Pokémon templates to make your own designs or even avatars! you can create all kinds of designs to share your gaming skill all over your channels or even create a Pokémon-like logo! 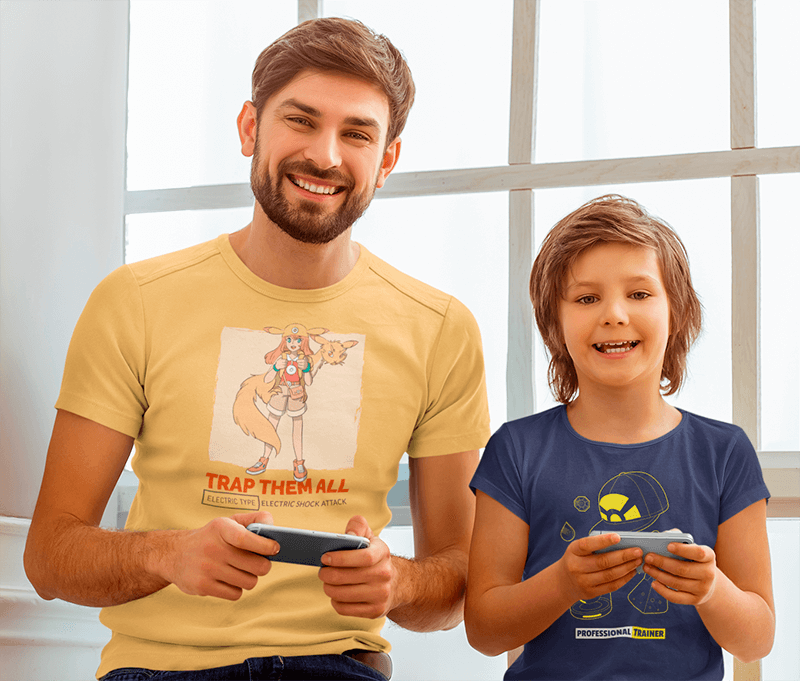 If you are simply a Pokémon fan, or if your viewers are, here is an awesome opportunity for you! You can create custom merch with Pokémon-like designs in just a few clicks and without spending a fortune. You can customize text, fonts, graphics, colors, and so on to ensure original designs. Your followers will love them.

You can create t-shirts, hoodies, hats, phone cases, and basically anything you can sell online you can add your design to. Also, keep in mind you can find gaming mockups to showcase your designs in case you want to upload more real-life images to your shops, and gaming social media templates to promote them!

Sounds interesting? Find out how to become a professional gamer and get paid!

Let’s wrap it up! The new Pokémon Legends Arceus game is here and we are excited to start playing. Get hyped by creating designs or merch that are Pokémon-inspired. Get advantage of this trend while it’s hot!

If you have enjoyed this post, you might also want to learn everything about the new gaming mode on Netflix.