Provide a great UX or make money? Businesses can (and have) find themselves in a mental quandary over whether to prioritize business objectives or UX goals. In theory these should be complimentary– a happy user is probably going to be generous one who’s likely to come back. But in the newspaper industry, the conflict between business objectives (advertising) and UX has reached such a level that many news sites complexly fail to provide even and adequate user experience.

How Newspapers Got Here

Newspapers were going broke. That’s it, in a nutshell. Newspapers have always included advertising as part of their revenue stream. But for most of their printed history, they’ve relied on subscriptions to supplement their revenue. A large syndication meant a large number of subscribers, and the cost difference between printing 1,000 newspapers and 10,000 newspapers is relatively small.

So that’s the old model of newspapers.

But along came the big bad internet. And suddenly, everyone, including newspaper subscribers, had instantaneous access to virtually the entire bank of human knowledge. Subscriptions to printed copies tumbled. Facing financial collapse, newspapers went digital, and brought their offerings online. Which still isn’t the poor UX part. Moving a traditional media channel online is difficult, but not impossible. Newspapers stuck to their standard revenue stream, with subscribers getting premium access, and other users being offered tantalizing snippets. For example, The New York Times offers users a set number of free articles before demanding a subscription. 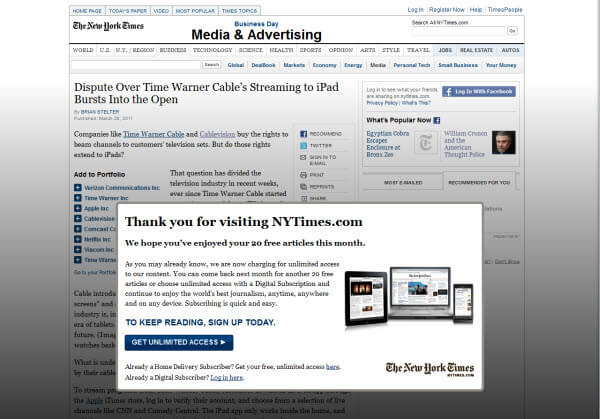 However, subscription numbers to the digital offering never really took off, so newspapers turned to digital advertising. And that’s when business goals and UX goals really started to clash.

What Editors Want (The UX Corner)

Fighting for the cause of user experience (accidentally, of course) are the editors, reporters, writers, and staffers at the newspaper. Their goal is to provide accurate news and information to people. Basically, to report the news (if you want to know why this is important watch the opening scene of The Newsroom).

For example, think about The New York Times putting a foreign correspondent on the ground in Lebanon. Costs include:

So in order to report the news, they need a revenue stream. That’s where business comes in.

What Business Wants (the advertising corner)

Business wants to make money. That’s what the advertising sales team wants. The way they do it is by selling ad space and there are two ways to make more money from selling ads:

So their objective is to maximize the number of pixels on any a screen dedicated to advertisements and to keep the quality of those pixels extremely high.

That’s what the UX challenge of newspaper sites comes in. The editorial staff have an interest in providing news to people, tempered by the fact that they know they have to make money.

Ad sales staff have an interest in making money for the publication through the sale of ad space.

UX suffers essentially because there’s limited space and demand for money overrides demand for a positive user experience. For a newspaper, an excellent user experience requires media to be quick and easy to access. This means that critical information is readily available, how the user interacts is easy to understand and clear, and the information is presented quickly and efficiently. 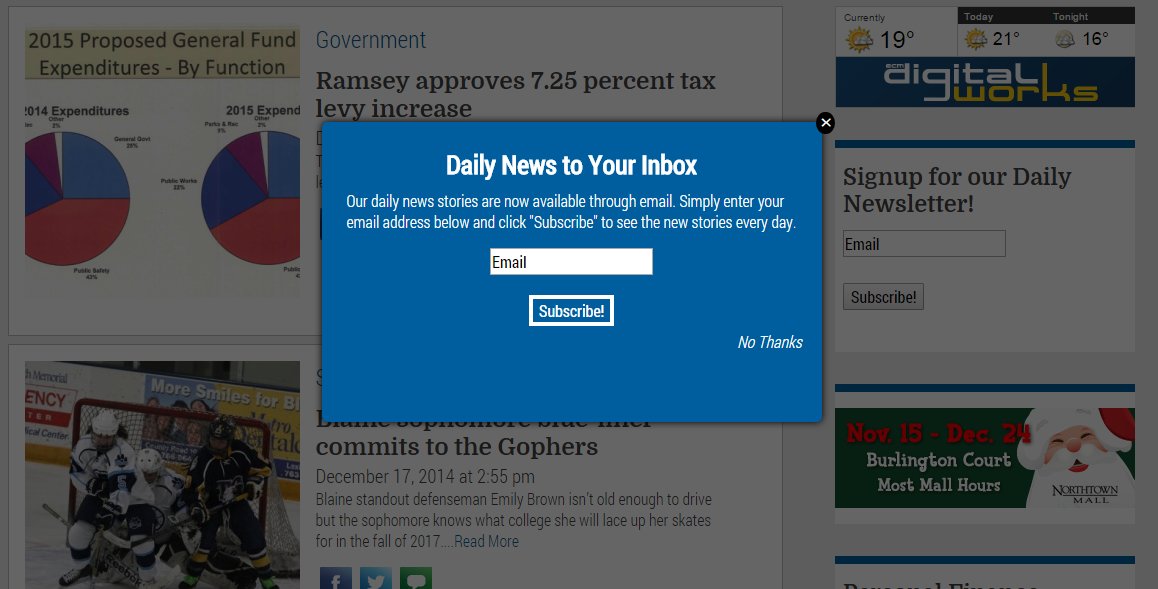 Overlays increase ad space, but obstruct the information that people need and physically get in the way of the user experience. The video equivalent of leveraging ad space like this is a 5-10 second pre-video ad. Again, it physically impedes the user from achieving their goal.

Ads can seriously hinder load times. Considering how web traffic is moving inexorably towards mobile, this is a major problem that hasn’t really been solved.  Article content is slower because of the heavy load placed on the internet connection from ads. It’s clear that there’s content to load, but the experience is again less than ideal as the connection strains to keep up with all the advertisements going on. 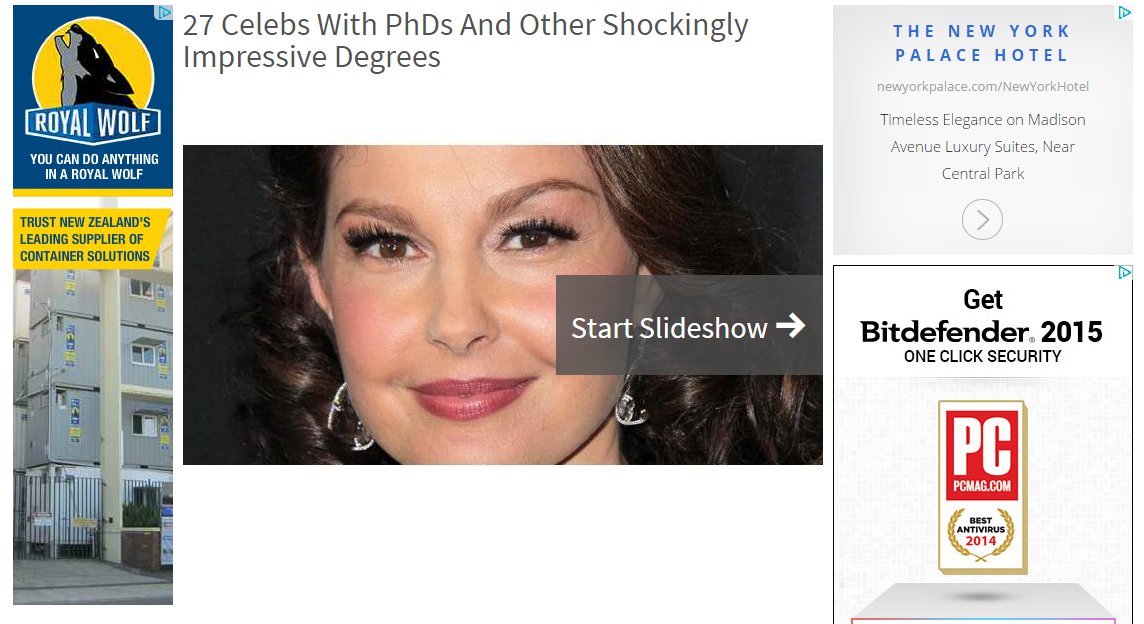 Gallery articles, slideshows – they go by lots of names. They’re when an article is split across multiple pages, each of which has to load. It’s a way for advertising teams to build pageviews with the same content, essentially destroying the user experience in the process.

An extremely profitable use of content but a horrendously annoying and frustrating user experience.

Note: advertising teams are not really the villain here. Like newspaper UX teams, they’re stuck in an ineffective model. When newspaper digitalized their offerings, they essentially kept the same revenue model and simply brought it online. But an ad-based business model is a linear one. It works reasonably well on linear channels, where:

The internet is not a linear model. So it’s pretty clear that it was never really going to excel. Plus, in 2013 the Pew Research Centre released a report saying digital advertising isn’t making up for the losses from subscribers, or really even coming close. The Guardian reported that while advertising for newspapers was up $207 million, it was making up for $2.1 billion in lost profits. So, advertising sales teams are doing everything they can just to keep newspapers solvent.

That said, short term profits with ad revenue aren’t going to help in the long run.

The problems newspapers face today are not going to evaporate with more ads. In fact, they’re probably going to get quite a lot worse because of the interactive nature of online advertising.

Online ad space derives its value from the value of the site. Good sites have expensive ad space, and sites with absolutely no value have significantly cheaper ad space. So while in the short run it makes sense to prioritize ads over experience, it’s the experience that’s going to keep people coming back. Repeatedly frustrating load times, roadblocks, and click-thru articles will drive users away. Less traffic will lead to less valuable ad space, which makes the ad sales team’s job even harder, and puts a newspaper on a negative feedback loop.

There are some examples of news sites adapting and coping extremely well to an online environment.

The Daily Mail has built itself a revenue stream through ecommerce by highlighting clothes that are featured in images and giving users the option to buy them. 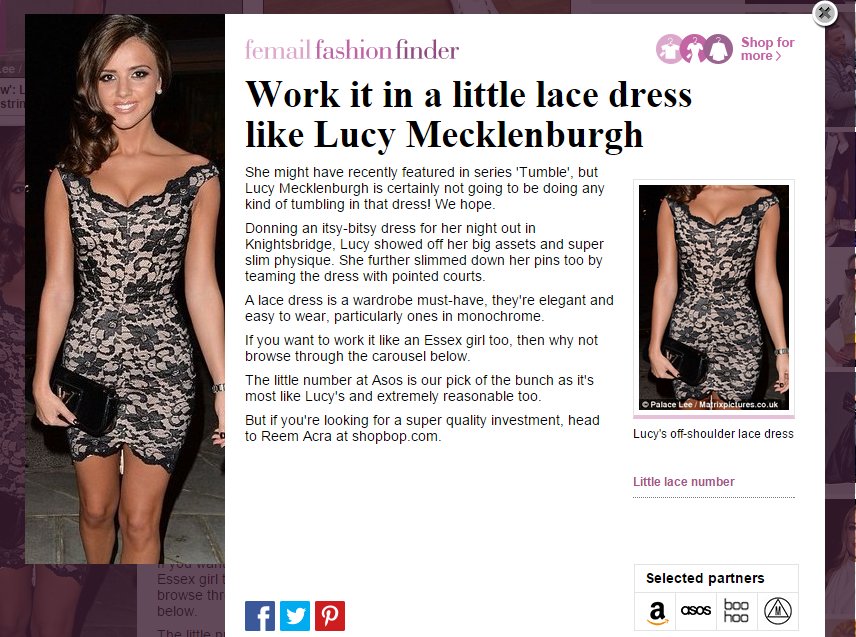 Other successful news sites include Buzzfeed and The Verge, both of which refuse to use slideshows, have extremely fast load times, and work to make content easy to access for users (while remaining financially viable).

More traditional papers that continue to put users first include The New York Times with their Times Skimmer, an extremely fast-loading no nonsense page that gives users an overview of the day (great for mobile).

The Boston Globe has a superb mobile experience, and is one of the best (and first) responsive news sites out there. 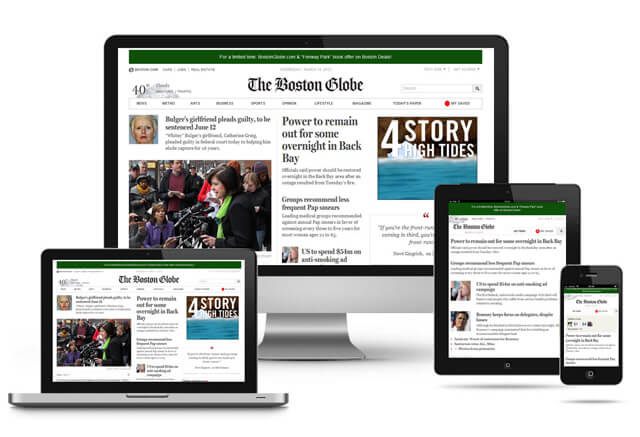 Newsweek has modelled itself on more of a Buzzfeed look-and-feel, and seems to have given itself over to a complete digital experience. Ads are considerably less prevalent, and the page loads significantly quicker accordingly, providing a nice user experience, even on mobile.

There are solutions out there for newspapers to continue to meet user’s needs but balance them with business objectives. A lot of what this boils down to is that newspapers need to rethink think their approach to how they generate revenue and how they interact with their users, and move their online experiences more completely from a print model to a digital one.

If that happens, then slideshow articles just might become a thing of the past.