Case Study – How These 4 Apps Had Great Viral Loops

There are literally millions of apps out there, but only a small number, like Candy Crush, ever become household names. What is it about those few apps that inspire millions of people to download, use and share them with all their friends? It doesn’t happen by accident.
A big part of apps’ viral-ness is building high-quality viral loops that convince people to not only engage with the product but also to tell everyone (or even just one person!) about it. In this post, I’m looking at the viral loops of four different apps, to see how the pros do it.

Image via Jeff Jeffryes
Before we get into looking at some examples of viral loops in action, it’s worth taking a minute to clarify what they actually are. Because it’s not just having a share icon on your app and hoping that people start talking about you. Josh Jeffryes described it in a great Slideshare presentation as:

And to me that’s really what viral loops are all about – self-fulfilling actions that repeat again and again as people tell other people about your app, and encourage them to use it. Basically, they do your marketing for you.
Now, the benefits of viral loops are incredible:

So viral loops are an overwhelmingly positive thing.
How do you get them? There’s actually a formula to work out the viral coefficient (VC) to tell you if you’re viral or not.
VC = N x P1 x P2

Image via autostraddle.com
Candy Crush is probably one of the best know viral apps going. It’s a game developed by King and in the first six months of 2014, its players spent an incredible $790.1 million. Needless to say, it’s been near the top of the app store since 2012.
So how does Candy Crush convince literally millions of players to continue to play and tell their friends about it?

The Candy Crush viral loops are primarily based around telling your friends in exchange for in-game value. 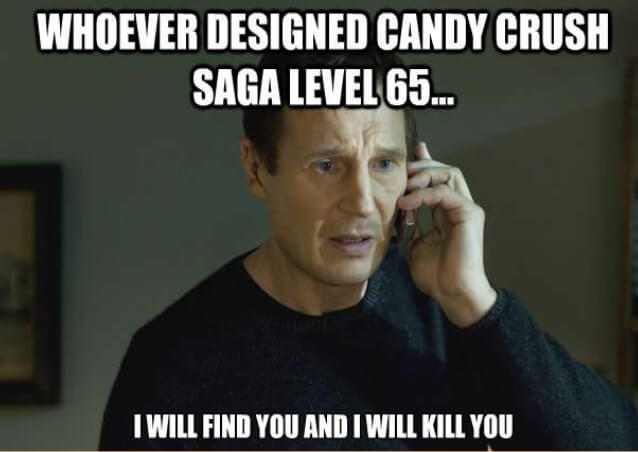 Image via Lars Jörnow
The real trick of Candy Crush isn’t that you can share your progress. It’s that when you share, you get something back, like help, more levels to play, or more lives.
This in itself isn’t so revolutionary. For example, Dropbox did this back in the day offering free space if you invited your friends.

What makes Candy Crush so good at it is that it’s extremely easy, it asks you when you’re in a heightened emotional state (you’ve probably just lost), and it’s really, really good copy. 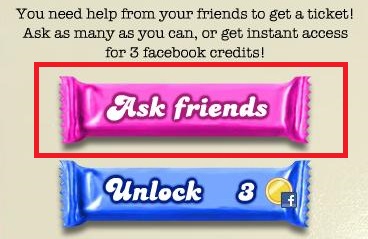 Image via Think Like A User
The copy in particular is worth focusing on. It’s not ‘share’ or ‘tell’. It’s ask. It’s more active and it engages the person. But mostly, it puts sharing into the language that people use with their friends. It’s easy to imagine you ‘asking’ a favour or ‘asking’ a friend for a hand. It entices you to tell others about it, which dramatically lowers the barrier to social sharing.
Finally, Candy Crush hits the self-replicating nature of a viral loop exceptionally well. By rewarding users for sharing with consumable content like lives that they will run out of  it creates an environment where sharing again and again isn’t spamming but rather the normal way to progress.

Candy Crush has created an absurdly addictive product, significantly lowered the barrier to sharing with friends, and rewards viral behaviour with in-app benefits like new content and lives. 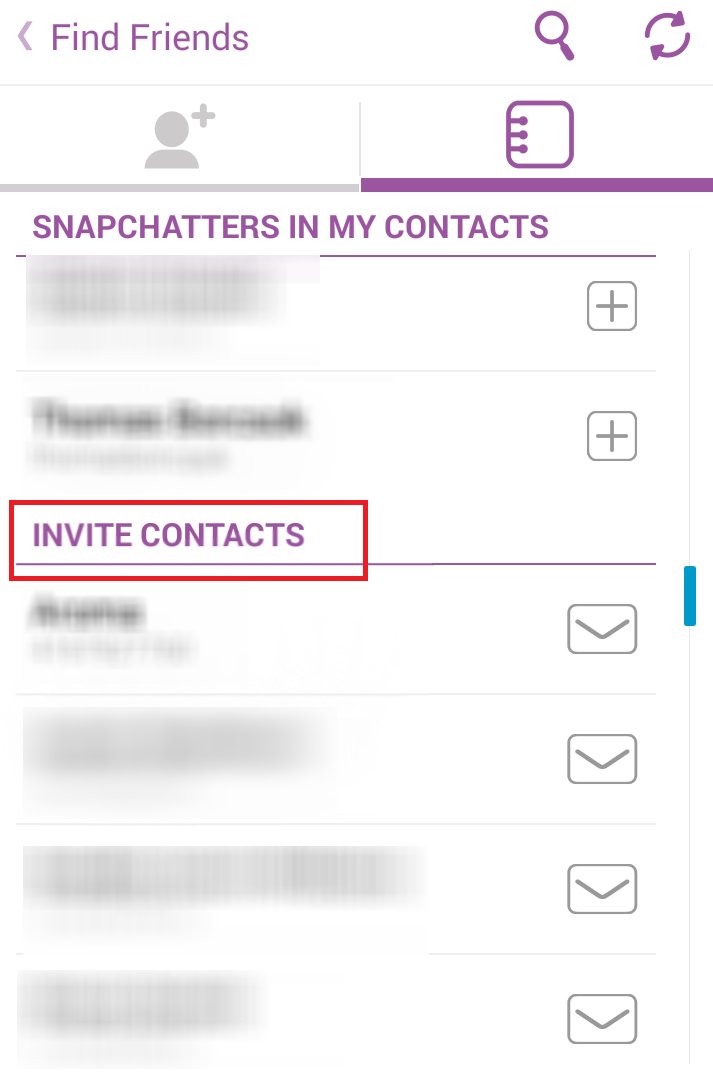 Snapchat’s loop is a little less in depth than the Candy Crush model. You’ll also notice that it’s the only one on this list that isn’t a game – that’s because games, far more than other apps, lend themselves to viral loops.
But that’s not to say that non-games can’t go viral through their own self-replicating viral efforts.
Snapchat’s viral loop is pretty simple. All it is is an option underneath your list of contacts of people who aren’t on Snapchat yet.
The simple invite contacts is a great viral loop. Why? Because Snapchat is a social network, and it knows that it’s more fun if your friends are on it too.

That’s why it’s a viral loop: it relies on its users to drive its use.
What I like about Snapchat’s loop is that it’s not only an effective loop, it’s actually brilliantly placed. By putting it underneath the other people who you know who are already on Snapchat, you’re inherently going to compare those on it and those not. 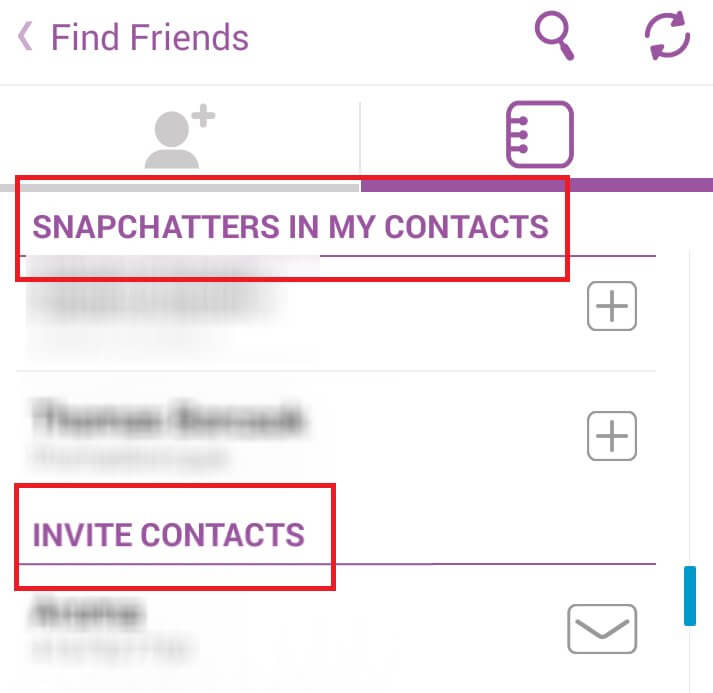 .
So now, all Snapchat needs for the user to market their product for them is for someone the user happens to like to appear in the ‘invite contacts’ list. And since this is really just a list of contacts in the user’s phone, this shouldn’t take too long.
People want to send their snaps to people they like. Snapchat knows this. so they’ve positioned their viral loop so that as soon as people see their friends who are not on Snappers, Snapchatters themselves do the legwork to get them on board. 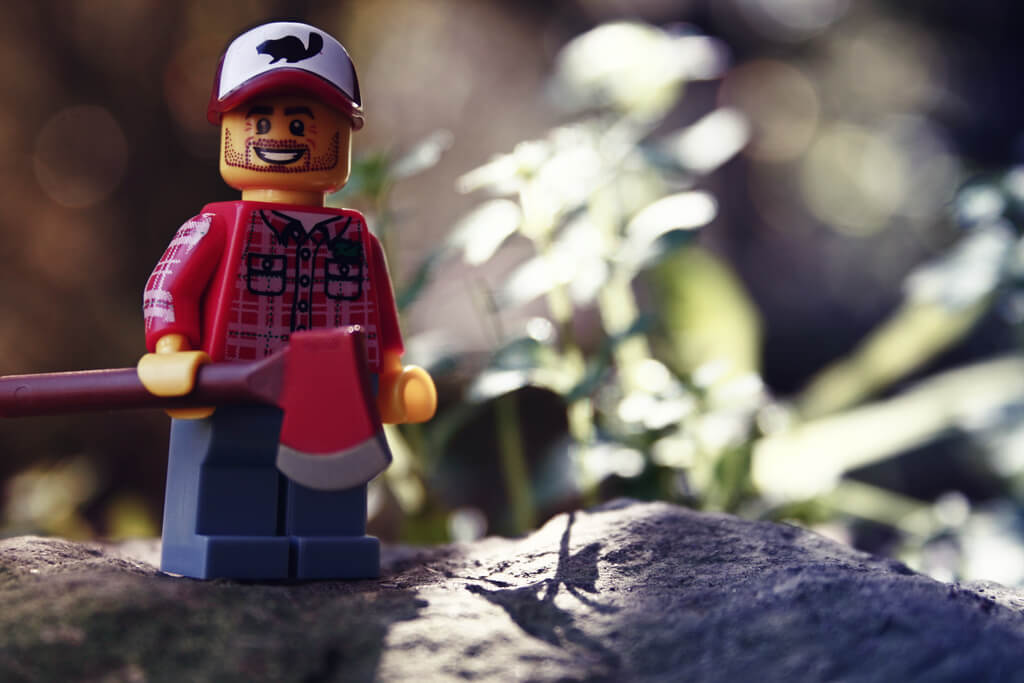 Timberman is a crazy-simple game, the kind which just gets into your skin when you play it and before you know it you’re 6 hours later and the sun’s gone down.
It’s that sort of mind-numbing game that makes you crazy.
Naturally, their viral loop is equally simple. All it is one, tiny Twitter icon, that when you click it sends out a tweet: 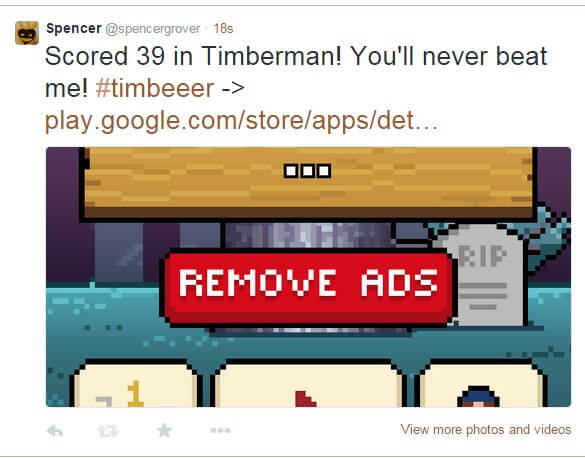 The pre-set message is great – it challenges your followers to beat you at something that is just so ridiculous! For anyone who’s ever been sucked into a reasoned discussion with a four year old, you know how deeply frustrating this is.
And that’s it! Timberman enormously reduced the activation energy for sharing, streamlined the social networks it integrated with, and pre-set the Twitter copy to niggle away at people who read it. It pushes all the right buttons to intrigue people just enough to get them to click and try it.
And once they have, they can’t wait to tell the original post that they have, in fact, topped their high score.

Image via Orangenose Studio
Hardest Game Ever 2 is not actually the world’s hardest game. That title belongs to this horribly annoying piece of gaming tech.
But I digress.
The app Hardest Game Ever 2 is a series of mini-games that test how fast and how accurately you can tap on your phone.
It’s the sort of game that fills you with frustration beyond all rational thinking.
That said it has a great viral loop built into it that’s worth mentioning. What it does better than the rest of these viral loop examples is it makes it easy to share the game with people you know.
This is critical to a quality viral loop for games since really games are a lot more fun when there’s an element of competition to them (especially when they’re absurdly simple like Hardest Game Ever 2). 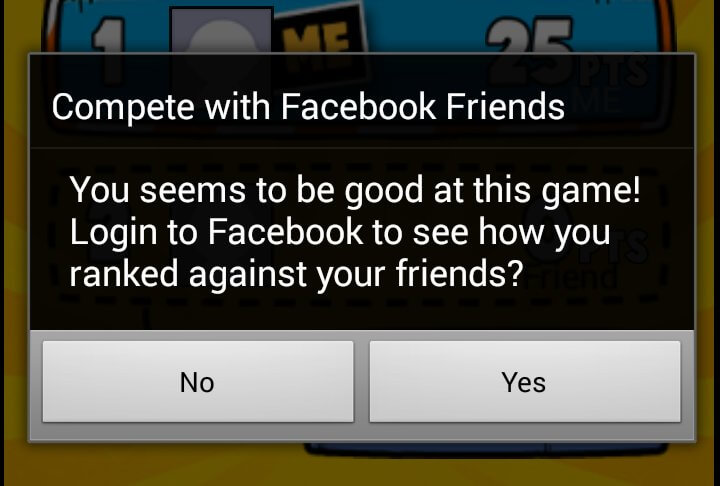 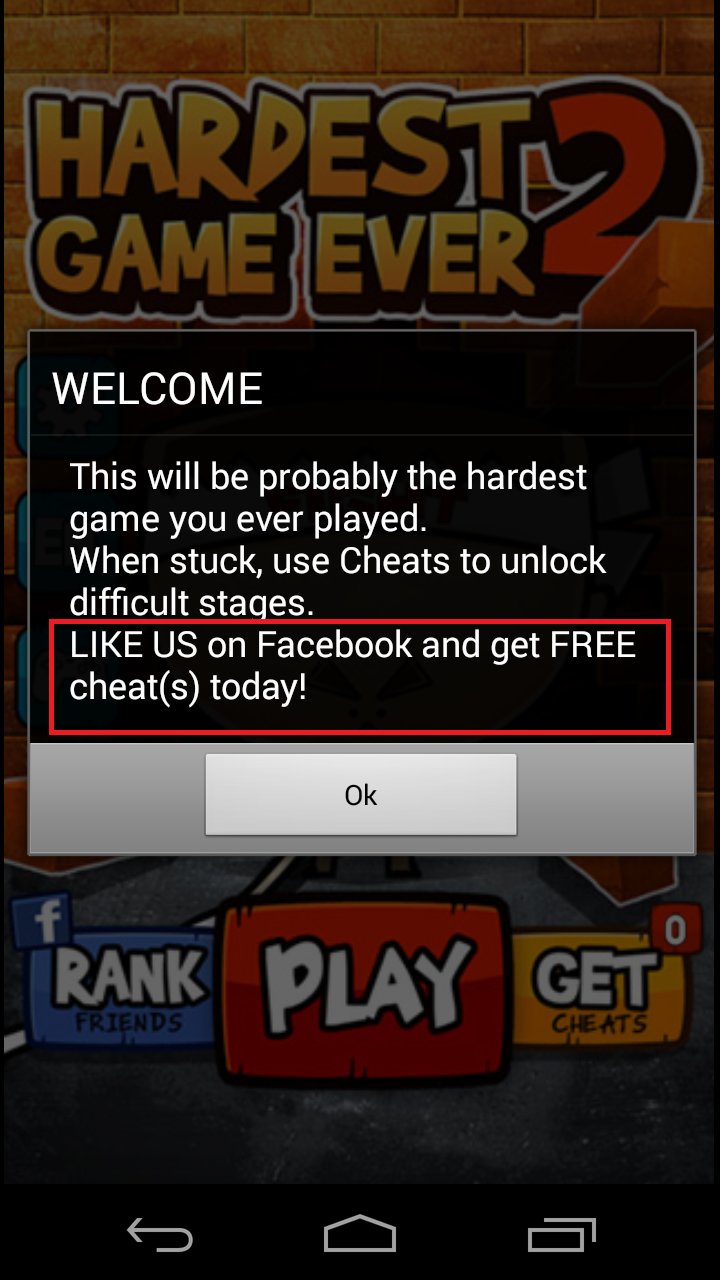 So the benefit to the user – the reason to share, basically where Candy Crush uses in-app consumables like lives and Snapchat uses the power of it’s own network – is that you get to tell everyone how good you are.
But Hardest Game Ever 2 goes one step further. There’s unlockable content further along the app, and you can actually share the game in exchange for cheats. It’s brilliant!
Hardest Game Ever 2 combines both competitions with the well-known gaming frustration of failing at something so simple.

Viral loops are an awesome way to build your app base exponentially, and to turn your users into the best marketing you could possibly buy. But it doesn’t happen accidentally, and it won’t happen just because your app is awesome. Here are some commonalities between all of these apps that I noticed when I was researching them, and some takeaways if you’re hoping to build your own viral loops.

There’s no magic formula for making your app go viral. But there are things that you can do to increase your chances. These apps managed to do it, and a lot of what they did isn’t complex. It’s taking your time to build a great product, make it really fun and engaging, and make it easy for users to tell other people about it.
There is no magic formula. But if something as simple as a lumberjack chopping down an endless tree can go viral, then your app at least has a fighting chance.

Now that you are done with the technicalities and final touches of your app, it's time for all your hard work to see the light. The app industry is one of the most competitive businesses out there and to be able to make your app stand out from the crowd you must learn to promote it like the pros. Learn how to make the most of your iOS or Android app on our App Marketing category in the blog, from making mockups and videos to promoting on Facebook and uploading the right iOS screenshots to iTunes Connect, we've got you covered.

Make a Mockup for Your App
Hundreds of High-Res Freebies Just for You!
Claim Your Freebies
Our freebies are updated all the time!
4 CommentsClose Comments