What Pricing Model Is Best for My App?

To charge, or not to charge – that is the question.

How you generate revenue from your app is one of the biggest decisions that you’ll have to make. Let’s go over your options when choosing your app pricing model.

Paid apps mean that your revenue stream is more fixed, but it also is a significant barrier for users who just want to see what’s going on. Free apps, monetized with a freemium model or in-app purchases, will have better download rates, but you’re relying on either:

So here’s the skinny on various payment schemes, what they’re good for, what they’re bad at, and the marketing pros and cons of each. Plus some great examples of apps that have used them to make a killing.

Paid apps are a little older and a little more serious than the free, often indie cousins. There’s also an argument that paid apps are a dying breed – after all, in 2013, Flurry reported that 90% of app downloads are for free apps. 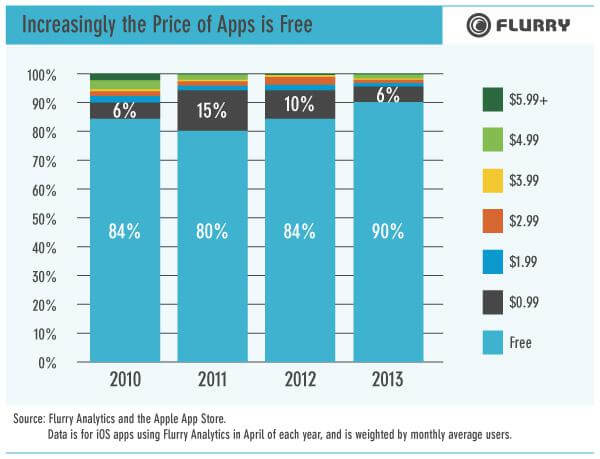 That aside, they’re still a viable option for a lot of developers today, particularly iOS developers (Android users are cheap).

The immediate benefit of getting people to pay for your app is really really simple – you make some money off every single customer. And that’s huge (we’ll look at freemium percentages later and it’s not very heartening). So right away, you have established a revenue stream.

The second benefit is that paid apps have a different relationship with the user. You’re going to get less downloads, that’s just how it’s going to happen.

If your app is paid, you will almost definitely have better engagement from users.

No one’s going to down your app just to have a look. They’re going to give it a really solid crack at use. And that’s huge, given the number of apps that languish on the last screen of smartphones. Also, people are more likely to rate a paid app, because they’re already invested in it.

The same reason that you have great engagement, you’re going to have fewer downloads. And in the app store, that can kill you. Even a great app will languish if it’s at the bottom of the pile.

The graph above is from an app that launched at $0.99 in 2011 and then went free. It’s a pretty clear cause-and-effect relationship.

Second, while people are more likely to review your product, their expectations are higher, especially if your app promises the moon in your marketing and value proposition. If it’s anything other than wonderful, you risk negative reviews, which can seriously harm your ranking (especially in conjunction with the smaller number of downloads).

Who Should Go Paid

Paid apps are far from dead, despite the trend towards free ones. Games are a great place for paid apps – just look at the top paid apps in the Play store and you’ll see there’s obvious demand. 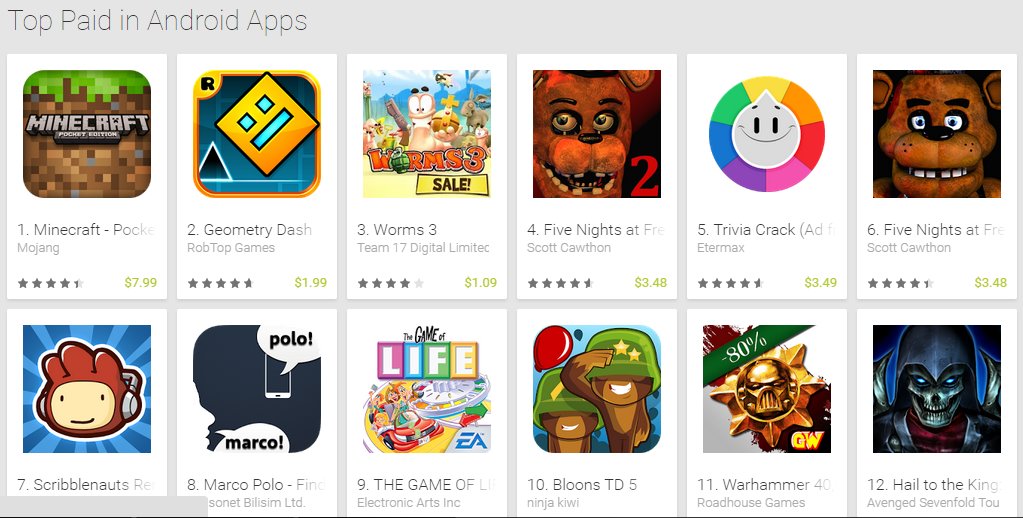 But most successful paid apps aren’t games, but rather functional apps. Things like booking travel, or the weather, business apps – that’s what people will pay for. For starters, people will conceptualize the app in terms of how much time it’s saving them. In those terms, it doesn’t take long for your app to pay for itself.

So business is a great option for paid apps. But how do you market it?

First, you have a huge advantage over every free app out there – you have a clear idea of who you built the app for, and what problem you’re solving.

Don’t ever give that up.

You can afford to be highly targeted in your marketing, because of everything you know.

It means you can really concentrate your marketing dollars into a few, high value paid advertising channels.

A really good example of this is the book app Lazy Larry Lizard app.

It’s a kid’s book app for preschoolers, so the target was parents, grandparents, and caregivers. Second, the team (Wasabi) wanted to keep a really positive image of themselves. So they knew who was going to buy their product, and where they were going to be. Wasabi ran a highly-targeted series of PPC campaigns, hitting relevant websites, AdWord searches, and parent blogs. A huge driver in the campaign was getting word-of-mouth going – something that is extraordinarily difficult to do without a clear idea of where your target audience spends their time.

If you’re like the majority of app developers, you’ve opted for a free app, which means a huge part of your goal is going to be monetizing that app however you can.

Free apps get more downloads. That’s what it really comes down to. It means that your app has higher rankings in the app store, and you begin to stand out from the noise.

The way the app store currently exists, there is no option to ‘try before you buy’ and very limited mechanisms in place to see what an app looks like.

Think of another software industry, like SaaS companies selling CRMs. Virtually every single one has a free trial, or a salesperson to set you up with a few days to see how you get on. Even in real life, you can try almost every product you purchase before you buy it, with the notable exception of food (unless it’s grapes), undies, and headphones (bizarrely).

For the app store to have no option to just give something a go drives consumers towards the option that carries the least risk – free apps.

The downside of being free is that, well, you’re free. You trade sheer volume for quality, and you play some very fine margins. Let me explain.

People will download a free app on a whim, or to solve a problem that they have, once. Imagine that you’re traveling in Toronto, so you download the TTC app (it’s a transit app)

When you leave, what do you do? You never use it again. But your download counts for just as much as someone who commutes with the TTC every single day. If it was a paid app, you’d give up the traveler, but have a far more engaged audience.

If you’re using in-app purchases, freemium, or advertisements, you have to know that most of your users are not going to buy whatever purchases you’re selling. Sure, every now and again someone will rack up a $46,000 bill, but that’s hardly the norm. Generally, people won’t be that into it, with conversions for freemium usually less than 5%.

Who Should Go Free?

Honestly, pretty much any app can go free. But the revenue models that are most common – in-app purchases or freemium – do lend themselves more to certain types of apps.

Games take the cake for this. They do it the best, they do it the most often. Plants vs. Zombies 2 is a great example. You can play for free, and even access most of the game – it’s just really difficult. Paying a little bit of dough makes the game more fun, more varied, and a lot more fun. And when you’ve failed the same level three times in a row, $1.99 looks pretty promising. 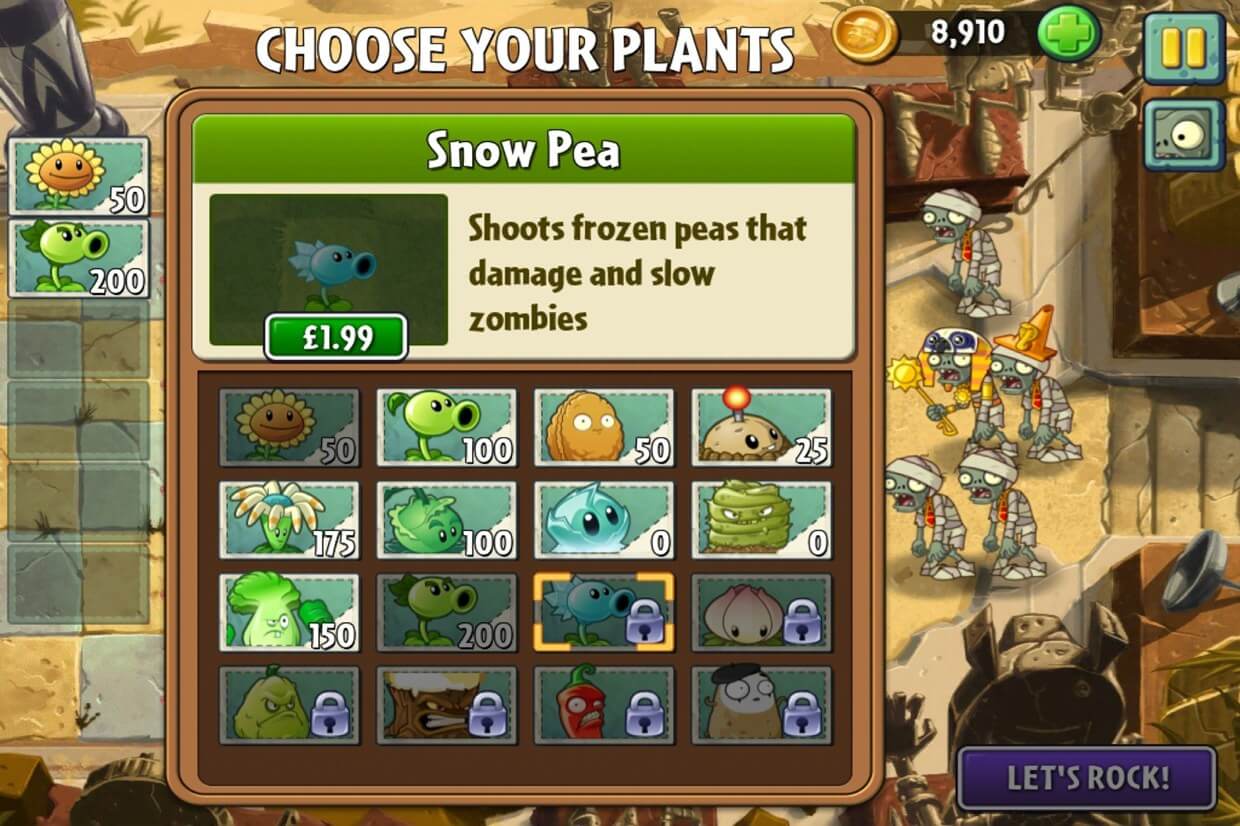 Freemium models rely on providing a service that’s useful enough that people download it, but then that is improved enough that people will pay for it. It actually presents an interesting UX challenge – if you can enhance the user experience, do you charge for it? But I digress. In g

The benefit is that if your app is good enough to be used regularly, then you have a bit of a captive audience. You can tout the benefits of your premier service, and there’s not really anything for them to do about it.

My favorite freemium product is Spotify. They’ve aced the freemium game, with essentially full functionality for free, so people can see how great it is, but with ads that play all the time. Subscribing removes the ads. So simple, so effective, because:

How to Market Free Apps

For free apps, a huge marketing tool is rating and reviews. These are going to be generally more positive than paid apps because people are less invested. Unfortunately, getting people to rate and review your free app can be difficult, precisely because of that lower investment. Solution?

Use the leverage of in-app purchases or upgrades to maintain a free app.

Imagine if you were playing Plants vs Zombies 2 and a message flashed saying ‘unlock a new world if you write a review!’ Would you do it? I would.

Because your app is free, and revenue is based pretty much on a large number of downloads, a broad user base is key. Building awareness through social media is a free easy way to promote your app, and being involved in whatever community you’re a part of is good as well. For example, RunKeeper is an exercise app (we looked at them last week) whose blog is full of great running tips and tricks. MapMyRun is another exercise example that literally integrates with their community – their app is compatible with a huge range of fitness trackers (like Garmin products). If you can, try and build yourself into the community of your users. It makes you (and your app) far less dispensable and will probably help you create a better product.

There are pros and cons to both paid and free revenue streams. Paid apps are steadier and tend to have better engagement, but getting users is a real struggle, even for top-quality apps. Free apps, on the other hand, struggle with the inverse problem of single-use users who are far from engaged, and who are never going to participate in freemium upgrades or in-app purchases. However, being free, the threshold to giving it a go is an awful lot lower psychologically, especially with the app store’s current setup with no try-before-you-buy option. It depends on what your app does and what the customer expects. If you can figure out those two things, odd are, the revenue stream will present itself. 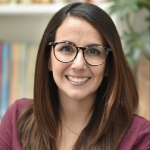 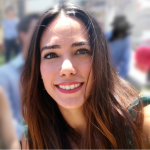 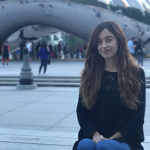 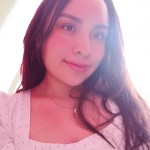 Jessica Fuentes
View Posts →
Hundreds of High-Res Freebies Just for You!
Claim Your Freebies
Our freebies are updated all the time!
2 CommentsClose Comments