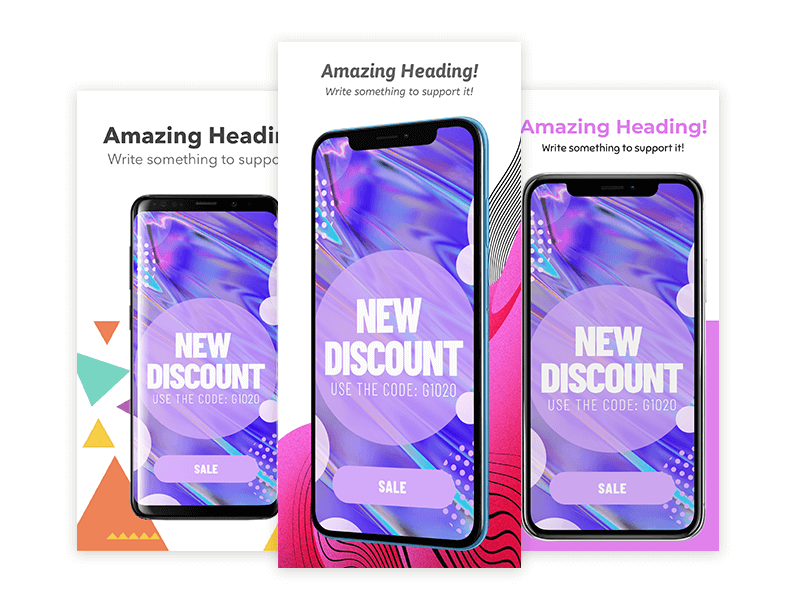 A Brief Story About the App Store and App Store Screenshots

If there’s a constant in App Store’s history, that would be the requirement of submitting app store screenshots when uploading an app. It just makes sense to give users a quick snapshot of what were they about to download or purchase. And as technology evolved to allow for bigger and better screens, Apple started augmenting the size and the quality of the iPhone screens, and app developers had to upload new, bigger, different screenshots. So we have for you all the information on iOS screenshot sizes to get it right!

The iPhone has had 5 different screen sizes throughout history. Wondering which are the different App Store Screenshot Sizes? Check the table below, and don’t forget to check out our latest iPhone X mockups and use cases. Make sure your apps look modern and fresh with Apple’s latest and greatest device.

The App Store grew to be a highly competitive, vibrant, and constantly evolving digital marketplace. Apple started allowing app developers to add localized screenshots of their apps for developers to be able to show consumers snapshots in their mother language. Have you ever downloaded an app in which screenshots are in a language that you can’t read? I bet you haven’t. Then came App Store Search Ads which encouraged apps to pay for a spot at the very top of a search results page and enjoy the augmented visibility benefits.
Having a great app is no longer enough, you have to market it the right way to harvest results. Optimizing your app’s metadata is a great way to help your app succeed. iOS screenshots play a major role in an app’s metadata, iOS screenshot sizes can be a confusing subject, which is why we made it the focus of this post, read along to learn more about increasing your conversion rate with screenshots.

How iTunes Connect Became a Headache

Uploading screenshots to iTunes Connect got tremendously complicated thanks to the now new iOS Screenshot Sizes. If your app was compatible with every iPhone version then uploading app screenshots to the App Store turned into a nightmare. Just imagine the time that it takes to create screenshots in different languages (localization) and for specific devices. Picture this:
Assuming you upload 5 screenshots for each iPhone device, you would need to take 5 screenshots on 4 different devices (3.5″, 4″, 4.7″ and 5.5″). That’s 20 images.
Is your app available in different languages? If so, the number of images you would need to upload could increase to a 100 or even more!
Just think about the time that it would take to add text to each image, it’s just too much. Wouldn’t it make sense to spend that amount of time and effort on improving your app? Definitely!

Then Apple Came to Save the Day

On Apple’s Worldwide Developers Conference of 2016, great news was given to the app development world with the Simplified Screenshot Submission Process.
With simplified screenshots, Apple allows app developers to generate screenshots for every iPhone version by simply uploading a 5.5″ screenshot asset. Their platform then downsizes this 5.5″ (iPhone 7 Plus) screenshot to 4.7″, 4″ and 3.5″ to fit every device in the Apple’s iPhone family.
Best of all, a single checkbox does the job! Really, when uploading a 5.5″ screenshot image that meets Apple’s standards, that’s all you need to do.
Tip: screenshots generated with Placeit meet the requisites.
Tip: Apple released this information about submitting apps designed for the iPhone X to the App Store, check out this video.

So thank you Apple for the simplified screenshot submission process.

How Placeit Helps You Get iOS Screenshots Sizes Correct:

When developers upload screenshots in the highest resolution to iTunes Connect they must comply with this requisites:

By creating your app store screenshots with Placeit you get a PNG or JPEG file that meets Apple’s requirements and also looks great! 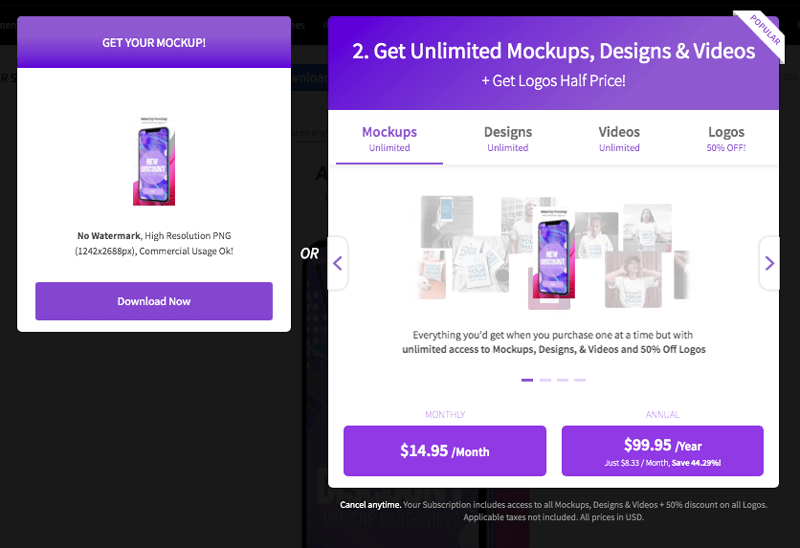 Avoid annoying error messages like: “The dimensions of one or more screenshots are wrong.” by using Placeit’s App Store Screenshot Generator to create app store screenshots with the correct iOS screenshot sizes.
Remember, if your app looks and behaves the same across device sizes and localizations, use the highest resolution screenshot; this set will scale appropriately for other device sizes when viewed on the App Store in each localization available in iTunes Connect.
Tip: We also now have iPad App Store Screenshots and iPhone X Mockups, check them out here!

One last tip – Placeit has a subscription that gives you access to every digital mockup including the app store screenshot templates. You don’t have to pick and choose which mockups you want to download, now you can experiment and try them all out until you find the perfect one for your app!
“Can’t mention this enough: For web/UI designers, Placeit is a great online tool.”
Paul Scott 5/5

Placeit Is the Perfect Tool to Create Your iOS Screenshots

Create all the screenshots you need, not only for iOS but also for tablets or Android devices. Make images for responsive devices and use them for social media campaigns.