Learning from the Most Important Tech Commercial Ever

What We Can Learn from Apple’s 1984 Commercial

Let’s go through time & learn from the most important tech commercial ever. The 1984 super bowl commercial and everything around it.

We’re not talking about the book you read in middle school. We’re talking about the Apple commercial that aired during the Super Bowl in January 1984 to promote the Macintosh computer, saying that “1984 won’t be like 1984”. It’s a commercial that’s won awards, been heralded as one of the best ads of all time, that set Apple on its path to world domination, with Mr. Jobs at the helm. And while at least some of this is just historical hype, we looked at how they made the groundbreaking ad, and why it’s just so good.

The reason that anyone talks about the 1984 ad (and no one talks about other tech ads that aired during the same Super Bowl) is because it was a watershed event. That is, it changed the industry for better and forever. First, it introduced something completely new to computing – a computer for non-techy people (basically, the idea of the GUI that set Apple apart. It was copied by Microsoft, which became Windows). So the product went on to be really special and unique. But more importantly, it separated out Apple from the pack of tech companies. In an ode to the ad that ran Forbes in 2012, the creative director at 180 LA said it best:

“[1984] positioned the Apple brand as creative, different and human while re-positioning its competition as staid, status quo and robotic” – William Gelner

That positioning is still in place today! Apple still distinguishes themselves from others with their design, by building great products, doing things first, and doing them best. The iPad, the iPhone, iTunes, Apple Pay – the list goes on but the idea is the same. Again and again, it’s other companies following Apple’s lead, and that’s what 1984 was talking about.

How It Came to Be

The 1984 commercial was created prior to the Steve Jobs firing debacle, and at the time Chiat/Day held the Apple account. Unlike later advertisements, specifically the “Think Different” campaign, the ownership of this ad is pretty clear. Chiat/Day copywriters Brent Thomas, Steve Hayden, and Lee Chow (you might know him from Think Different which we talked about last week) came up with the idea in 1982.

It’s worth noting that the concept of advertising an idea or a corporate ethos wasn’t really around in the early 80s, and Apple is usually credited with starting it. Today, we totally take it for granted.

Chiat/Day actually pitched Apple the 1984 idea for the Apple II computer, but it was rejected. So ’83 rolls around and Apple is about to launch the Apple Macintosh, the first computer of their new line. (This is, by the way, the line that eventually leads to the big shiny Macs that designers love so much. How they got there though is another story.)  They need an ad campaign to launch it.

It’s important to remember some context here. This is hard to imagine, but back in the early 1980s, the industry still dominated by IBM, and Apple was looking to differentiate themselves. And back then, like now, the idea that set them apart was that Macs were easy to use. So Chiat/Day come up with this ad called Manuals, which showed a stack of manuals for an IBM computer, and then the slim lined, single manual for the Macintosh. I can’t confirm it, but I do believe that this is the Manuals spot (or one very similar).

But Manuals didn’t exactly inspire confidence in the Apple board, or anywhere else in the organization. So Steve Jobs urged Chiat/Day to re-examine the 1984 spot for the Macintosh. Which brings us to the ad.

Chiat/Day, deciding to run with the 1984 idea, and with the backing of Mr. Jobs, then-CEO John Sculley, and a $900,000 budget (about $2 million today) sought out director Ridley Scott. Scott, by the way, is the director of Blade Runner and went on to direct Thelma & Louise, Hannibal, and a whole bunch of giant action films like Black Hawk Down and Kingdom of Heaven. Anyways, they brought Scott on board, and shooting began in the UK in September. For the drones, Scott packed the crowd with skinheads. Unfortunately (or fortunately, depending on how you look at it) Scott couldn’t find enough so he started paying people to shave their heads.

The final piece of the puzzle was the heroine. After getting model after model to audition and fail to throw the sledgehammer at the screen, Scott auditioned Anya Major, a successful discus thrower, who had no trouble wielding the massive sledgehammer.  Scott was also responsible for Big Brother’s speech, which was written by Hayden (reluctantly). It’s usually speculated that Big Brother represents the incumbent IBM, but there’s no actual evidence of this.

And the rest, they say, is history.

Well, not quite. Once the commercial was made, there were problems back on the corporate side of things. The Apple board of directors hated it. They didn’t understand why it was so dark, why it was so… Soviet, why there were no products in it. Basically, there was a gulf of understanding of what the ad was trying to do, how it was trying to position Apple: ‘No, we’re not the top dog now, but we’re ushering in a new era of computing, and by golly, we’re ready for it.’ But luckily, the CEO left the decision with the VP of marketing and the executive VP of sales, who decided to run throw caution to the wind and run the ad.  Man did that risk pay off. The ad went on to generate a boatload of controversy and likely garnered Apple $5 million in free airtime, not to mention the fact that it went down in history as a game changing moment and is being talked about 31 years later.

Why It’s Important, Why It Works

It’s easy to look back on the 1984 ad and just assume that it’s like a whole host of other aspirational ads. Think Google, with their Parisian Love spot, or any Nike ad ever made. But Apple was the first. Now, don’t get me wrong – they didn’t invent the concept of branding. But back with 1984 first aired, the tone of advertising, especially tech advertising, was focus on the product, not the ideology. And Apple changed that.

The second reason that 1984 is so incredible (aside from the striking image of the hammer throw) is that it established the marketing path that Apple would take for the next 25 years. Apple always focuses not on the product, but the idea of the product. And that is pure gold. There are exceptions, like the Macbook Air ad, but by and large, they focus on the concept, the experience, the user, or the ethos of Apple. 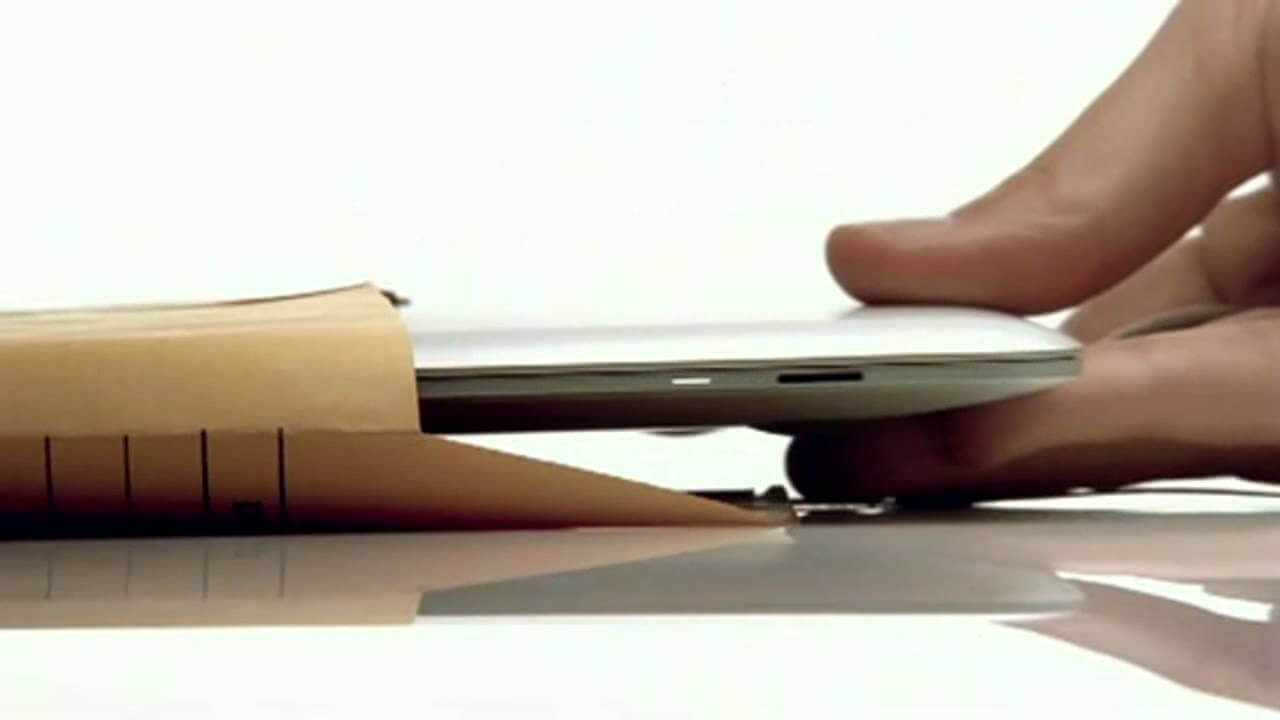 1984 was groundbreaking because it sent Apple on its marketing and advertising path for the next 30+ years. What’s more, it sent the message to the world loud and clear that Apple is here to stay. By taking an idea that was different, by approaching advertising from a sideways angle and thinking outside the product, ‘we have more gigahertz than you’ box, Apple cemented not only their company in our heads but also in history.

Looking for more like this? Try our 10 App Store Optimization (ASO) Mistakes You Should Avoid  and The Ultimate Guide to Inclusive Web Design + Tips on How to Do It

Tags: digital tech commercial
Hundreds of High-Res Freebies Just for You!
Claim Your Freebies
Our freebies are updated all the time!
0 CommentsClose Comments