The *Real* History of Apple’s Most Famous Commercial

How Apple Made Their Most Famous Commercial

That was the name of the first ever ad for the Apple “Think Different” campaign, which ran in a wildly successful manner from September 28, 1997, until 2002. The campaign kicked off by the Crazy Ones ad, will go down in history as one of the greatest feats of advertising. So how did they do it? 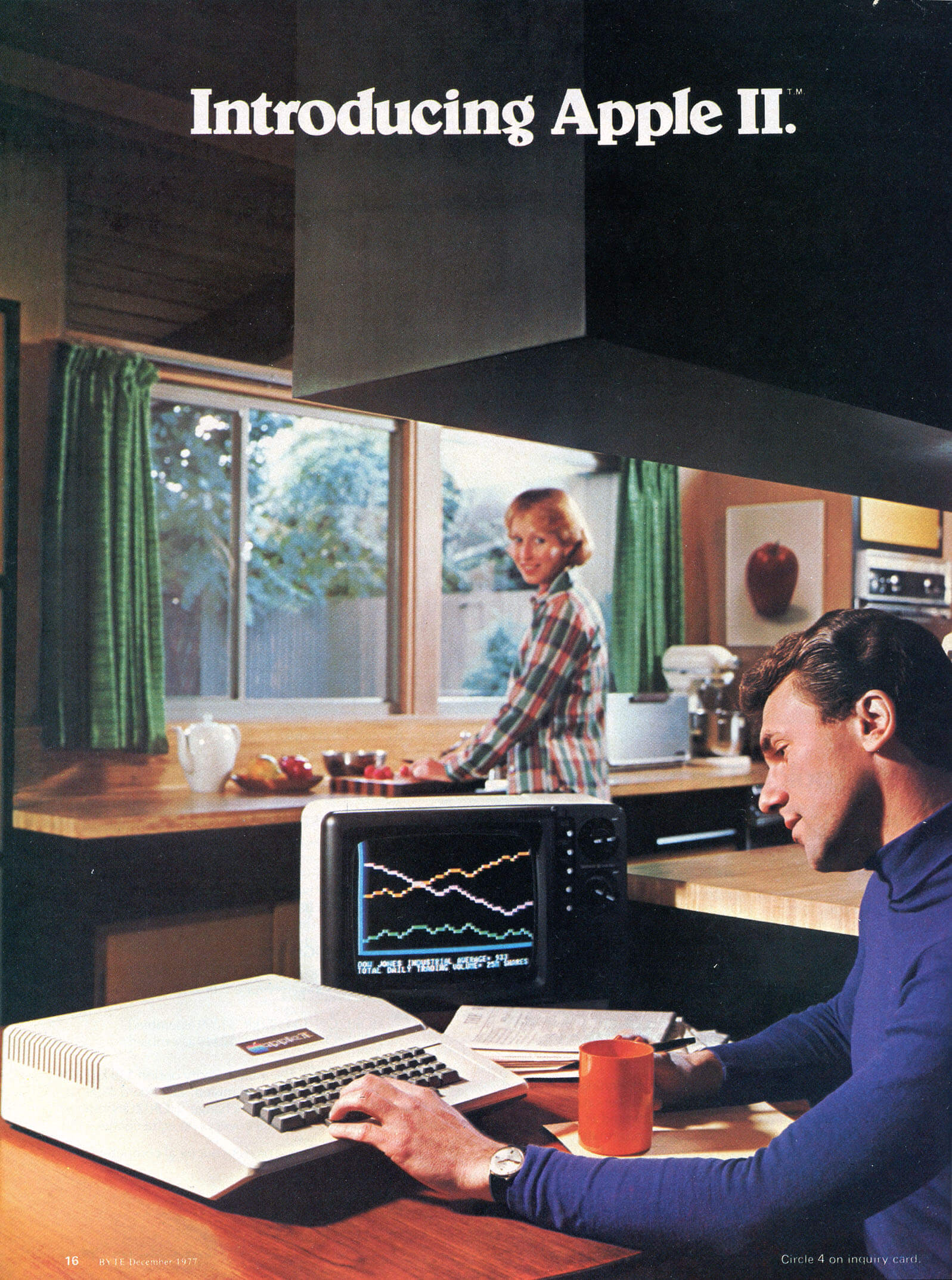 We need to go back a little bit. Steve Jobs (who is not actually narrating the ad, despite popular belief) was reinstated as interim CEO of Apple in July 1997, after a wee bit of a coup against sitting CEO Gil Amelio. At the time, Apple was not doing so hot. Allegedly, when the ad aired, the company was only six months away from bankruptcy. Anyways, Jobs contacted Chiat/Day to create the ad, which was going to be a huge national campaign, with a TV spot (above) in addition to multiple billboards in NYC and LA. All in all, it was a big deal.

The campaign, which went on to win multiple awards, was a huge deviation from previous Apple advertising (see left), which like a lot of tech, focused on the product. The new ads didn’t.  They focused on the emotion that makes up Apple. What’s more, the ads took a radically different turn in their ad buy, placing them in prominent spots instead of in computer tech magazines and other niche focused locations.

It was a radical new approach to Apple’s advertising that pushed the message of what Apple stood for, not what their products did. It made people view and respect Apple as a high-end consumer-centric brand, rather than the Microsoft-that-almost-was. And its campaign heralded in a new age of Apple advertising, finishing simply with the white words “think different.”

It was minimalistic, it was clean, it was simple. It embodied everything that Apple wanted to be seen as and went on to achieve. No more slugging it out over which Mac or PC has more RAM or a better hard drive. Apple was selling an idea – the idea that in order to change the world, we have to think differently to what the status quo is telling us to think. 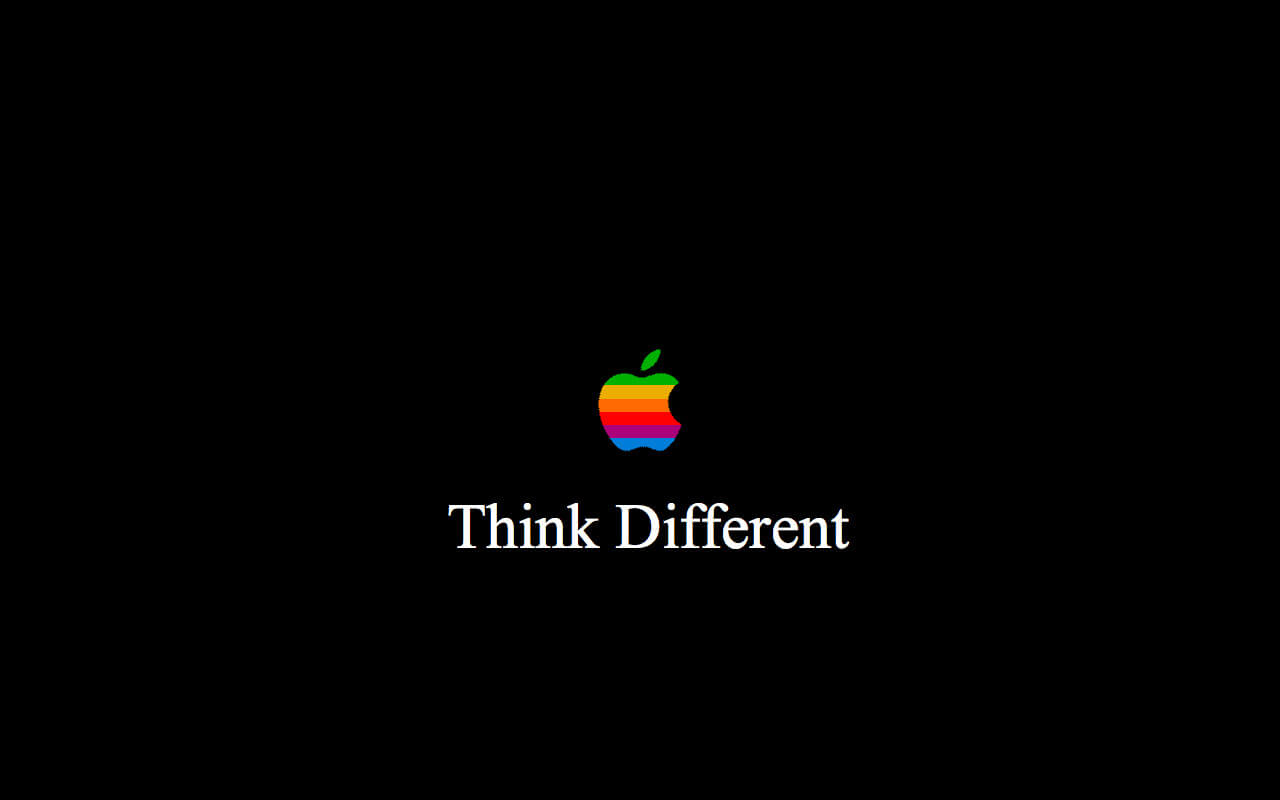 All of this, everyone pretty much agrees on. The ad was revolutionary, it was years ahead of what computers (and Apple in particular) became, and it shot Apple straight to the core of the budding PC consumer marketplace. So how did it come to be?

This is where the story gets a little more convoluted. 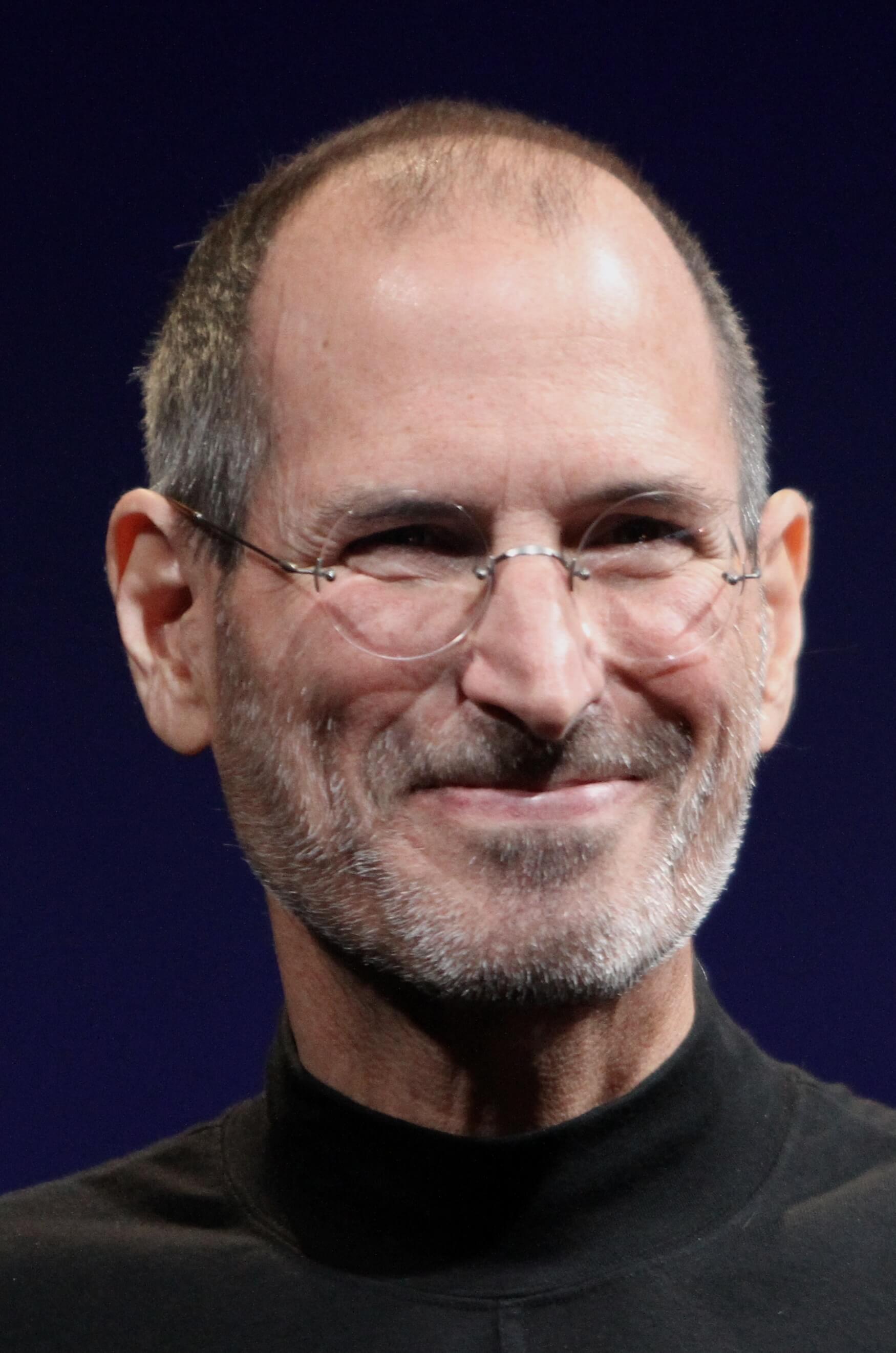 This is the classic story that generally puts Mr. Jobs in a glowingly positive light. It goes like this: Lee Chow was a creative director at Chiat/Day. (Quick note: Chiat/Day merged with TBWA in 1995 to form TWDA/Chiat/Day. I’ll be calling it Chiat/Day because it’s easier to type.)

Chow came up with the slogan “Think different” and the idea of putting it over images of people using their Macs (specifically, the people at Dreamworks SKG.) Jobs was super excited about the idea, but (given his love for black and white photography) he wanted to use old black and white footage, or black and white stills. Jobs is also widely credited with coming up with the idea for using celebrities and mavericks, including his personal hero Einstein. In fact, he used his own influence to get the rights to some of the images in order to get the ad made in the 17 days he allowed.

Mr. Jobs was fully engaged with the process from idea to post-production.

He worked closely with Jennifer Gulab, the director of the commercial. The voiceover, after being trialed with Mr. Jobs, ended up being Richard Dreyfus. The poem that’s read, Here’s to the Crazy Ones, was written by Craig Tanimoto.

So that’s the Jobs Perspective. By working extremely closely with the creative team, first with senior art directors, and later with the actual director for the commercial, Jobs helped lead Apple into a new era as a company, dragging it back from the brink and generally changing how the world saw Mac.

The above rendition of history is fairly well plastered all around the internet and is usually accepted as fact – Steve Jobs, along with a few exceptionally creative folks, built a timeless ad campaign, all the while running hard at the PC world and regaining some market share for Apple.  It’s a lot for anyone to handle.

But then in 2011, a second story came out – a story about the same ad, but with a radically different telling. Rob Siltanen wrote a story for Forbes about the Think Different campaign, and he paints a very different picture.

Him and Lee Chow flew out to see Mr. Jobs in California, pitching for the newly-available Apple account. Mr. Jobs told them that they needed to go a new direction. Apple had good products, but needed to be reorganized. Basically, the message of the Apple advertising had to be changed.

So Siltanen and Chow went back to their office in NYC and got together a whole bunch of creative teams. Each team came up with concepts and ideas, all the while marketing and business analysts worked in the background, to find out where Apple’s friends were in the marketplace.

It was a huge amalgamation of ideas and concepts, all being tossed around after a week of working on them. They knew that creative teams loved their Macs. They also knew that a lot of people saw Macs as toys, not fit for the rough tough world of business PCs.

But among all these ideas, one stood out. Craig Tanimoto had printed dozens of black and white pictures of historical figures and events.

Above each one? “Think Different.”

According to Siltanen, he was inspired by the IBM campaign, Think. But since Apple so squarely juxtaposed them both in ethos and in the marketplace, it became Think Different. That is, IBM was the incumbent, and Apple was at this point most decidedly the underdog.

Once they saw it, that was the idea. All the teams came together, working on finding famous black and white pictures that would fit the theme think different, while Jennifer Golub searched for old footage of revolutionary figures. For the words, Clow came up with the idea of using Seal’s song “Crazy” as the voice over, but it was too long for the medium of a commercial. So Siltanen wrote his own poem, working with the same ideas as Seal but making it punchier, catchier, and just that little bit shorter.

According to Siltanen, this is what they pitched Mr. Jobs. And he hated it. Couldn’t’ be more disappointed. After that, copywriter Ken Segall took over and tweaked the poem until it became the final draft that we all know.

Siltanen concludes that sure, Mr. Jobs was involved in the creation of the Think Different campaign. But it wasn’t a flash of genius from the Mac genius. It was a slow, steady process of lots and lots of creative minds working together to build something great. Something awesome. Something that was capable of shifting the entire perception of a company from downtrodden to brilliant, almost overnight.

It’s probably never going to be clear how the ad was created. We’ll never know. Segall claims that the ‘Think different’ slogan was his; Siltanen insists it was Craig’s work. Mac zealots argue that Steve was the authority that came up with many of the ad’s hallmark features, including the black and white montage and stills, while others insist that it wasn’t. We’ll never know. But here’s what I think.

The creative process isn’t usually a lightning bolt of good ideas. It’s usually a ton of people working together, shaping moulding, honing, and discarding idea after idea until they have one that really sings. It takes time, and patience, and a room full of smart people with a legion of supporting casts – marketing, business analysts, product specialists – all telling them tidbits of info that might contribute to the breakthrough.

The Think Different campaign was awesome. Remember this story when it’s time to create your own app commercial.