What We Can Learn From a AOL’s 1995 Commercial

An AOL Commercial from 1995 Worth Learning From

Why reinvent the wheel. It’s rad. It’s great. The wheel could not be better at its job. When we deal with tech and apps and new, fun, exciting toys, sometimes we lose sight of this. Especially when it comes to marketing them. Often, we feel that our new product couldn’t possibly have a comparable marketing scheme in history. In this post, we’re going to explore an old ad for the AOL CDs, to see if we can glean anything to help us make app promo videos today. Disclaimer: This ad might be the best ad you ever watch.

But first, some context

As you may or may not know, back in 1995 AOL wasn’t the Huffington Post media blogging juggernaut that it is today. No, their core product (and the one being advertised) was basically a walled garden internet system called USENET. They partnered with a bunch of different organizations like National Geographic and the Smithsonian to offer a sort of Swiss army knife software service. The whole idea was to package the new-fangled benefits of tech into a format that everyone could understand.

To promote this service (which, in 1995, became AOL.com) they sent out free software CDs. Oh did they send out CDs. So many. Just so, so many. According to the CMO, at some points during the campaign, 50 percent of CD’s WORLDWIDE had an AOL logo on them (we profiled the campaign a few weeks ago if you want more details).

So that was approximately the situation when the commercial aired for the first time. AOL had a software service that was poorly understood by its key demographic, and the goal was to get people to sign up. Sound familiar? I should hope so – what AOL was trying to do (successfully, by the way) was what every single new app is trying to do – sell people a solution that is new, exciting, and outside their normal conceptualization of how they would solve the problem. They had distribution. They had the product. They had the pricing model. All they needed was the customer. And by golly did they get the customer.

The video: a breakdown

If this video was a house, it would be an old, run down fixer upper. Sure, the acting, camera work, set, lighting, and writing are, well, terrible, but it’s got good bones.

First, it presents the problem in a really easy way. ‘I want to do fun stuff, but I have to run around doing errands instead’.  Then, wammo! Just like that, the solution. American Online! It can do anything! The approach isn’t super nuanced, but it is extremely effective, for a couple of reasons.

It presents specific problems (and then solves them)

Specifics are what resonate. They’re what make people sit up and go ‘gee, I do have that problem!’ Well maybe not quite like that but you get the idea.

The ad opens with really broad, generic statements like: “American Online is making it easier for people to live work and play.”

This is not the part of the ad that’s going to resonate with folks. But then the protagonist (I imagine his name is something like Brad or Travis) lists really precise problems that he’s having and wowzers does AOL know what to do. The reason that this ad is compelling is that presents the product simultaneously as a solution to every problem, and then has examples of specific problems you might want to solve. And that’s golden. 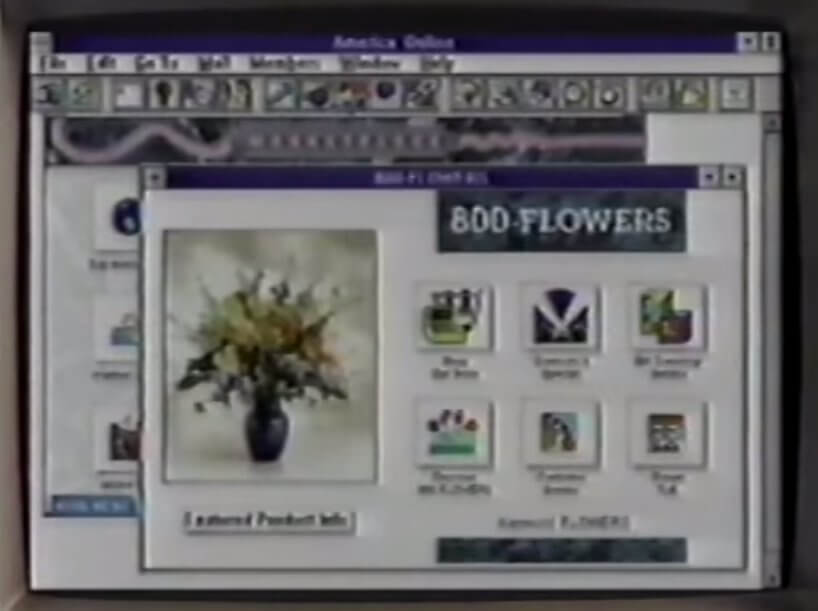 This is a huge deal! It was in 1995 and already AOL knew the wisdom of showing, not describing. It makes it really clear that this is what this product does. Also, the entire interaction is described in terms of problem/solution. It’s not a discussion of how American Online will make your life easier – it’s about how you order flowers for your mum. What’s more, it actually describes to you how to do it!

It goes to enormous lengths to really drive home the point, ‘this software is easy to use.’

It has an easy call to action

This really is my favourite, for a couple of reasons. First, there’s only one of them. There’s no go to a store, or find us on social media, or email us for more info. It’s just one CTA – call us now. Second, it’s one step – call now. It’s not go and search for us. It’s just call now. So simple.

The CTA shows a really good understanding of how the customer would want to reach out, not how AOL wants to be reached.

Call centers are horrendously expensive to maintain. If you can drive traffic to your company in any other way, then most organizations will try that. But they recognize that at that time, for those customers, a phone was the best option. I love that.

So that’s what the commercial is great at. Like I said, it has good bones. Now, how can app companies take those same ideas from 1995 and apply them into promo videos today?

One of the things that modern app promo videos can take from this is to demonstrate actually what their product does.  AOL does a great job of this, both in a general life-changing way and also some specific use cases. They cram a lot into two minutes. For comparison, take the Snapchat’s promo video:

While it’s a fun, vibrant video and obviously conveys the vibe or voice that Snapchat is going for, it doesn’t say at all what Snapchat does! The reason I picked this is that Snapchat isn’t even a complicated idea – it’s very easy to distil down to an elevator pitch. Or even an elevator two sentences! But their promo video (or this one, at least) doesn’t really get to the heart of what it does.

The goal of an app promo is to get people to download the app. And to do that, people probably need to know what it does. Don’t let creativity or branding get in the way of that.

One app promo video which is great at this is the iA Writer Pro app. It simultaneously tells people what it does, but in a really clean, simple way. I feel like if AOL was teleported to 2014 this is the promo they would make.

The second thing that I think app promo videos can learn is to have a clear call to action. Just one, maybe two if you’re available in both the App Store and the Play Store. But really that’s it. Going back to the iA example for a minute, their final shot is just the App Store symbol. If it was an interactive button I would be even happier but I’m willing to leave it as is. No one watching that gets to the end and wonder’s ‘what next?’ And that’s the goal of a good CTA. 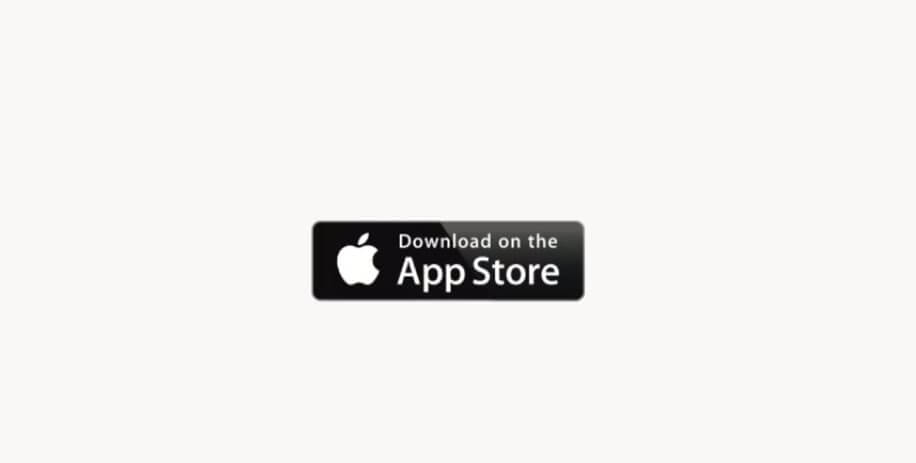 Finally, I wanted to talk about screenshots. App promo videos tend to focus on putting the apps into a broader context – using the app in your daily life, demonstrating how it fits into your routines and presumably makes your life sunshine and rainbows. Generally speaking.

But I think that app promo videos are a great space for screenshots longer than a gif. They’re an awesome opportunity for apps to actually demonstrate their functionality. Because a user is pretty much interested in themselves. How is it going to help me? By putting screenshots with people actually doing stuff, it creates a much more detailed picture of your app, and what it’s good at, then just someone using a phone at a kitchen counter.

AOL’s ad is, well, just absolutely, wonderfully, amazingly dated. But what they talk about, how they structure this totally new and revolutionary idea and pitch it to an unaware audience is actually really impressive (as is the leather jacket). They demonstrate what problems can be fixed, how it fits into your everyday life, and where you can get it, with a nice, simple giant CTA. It’s everything an app promo video should be. App promo videos today can learn a lot from this. Using screenshots, strong CTAs, and telling people what their product is, what it does, and what problem it solves in a clear, concise way are all going to help make an awesome promo video. AOL didn’t invent the wheel. But they sure did do a spectacular job of copying it.

We have a new video feature to generate app demo videos at Placeit. Join our beta period here.