WHAT'S THE BEST PRINT ON DEMAND SITE FOR MY T-SHIRT BUSINESS?

ROUND 3: TESTING THEM OUT

Throughout this series of posts, our goal has been to give you the best information on which t-shirt POD site is the best for your t-shirt business. In our last post we showed you how they fit and felt from our perspective, now we decided to ask real t-shirt wearing guys to use them for a week, and tell us their thoughts on the them.

Who Tested out the T-Shirts?

We wanted to test out the shirts on real people to see what they thought of them, how they felt and how they would do after wearing and washing them. We chose five of out teammates based on the size shirt they wore (M) and asked them to use the shirts for a week. So say hi to our guinea pigs test subjects:

We asked them to grade the t-shirts on three key aspects:

Did the t-shirt smell when you got it? Did it hold in smells when you used it?

Was the shirt comfortable, tight, itchy? How did it feel doing everyday things?

How did the fabric and print look on the first day vs the last day you wore it?

So, Did all the T-Shirts Smell?

All but one of the guys mentioned that the t-shirts had a very strong vinegar smell, but this was expected as we mentioned in our last post. There was one of them that didn’t smell and it was Spring. Leandro told us that not only it didn’t smell, but it didn’t hold smells in after using it for a while.

We were happy to corroborate that after the first wash, all the t-shirts smelled like fresh laundry and the smell went away.

When I first got the t-shirt my coworkers looked at me as if saying “Dude, what's that smell?”, after I explained it was the shirt we decided to put it outside until I was ready to go home and put it through the washing machine. 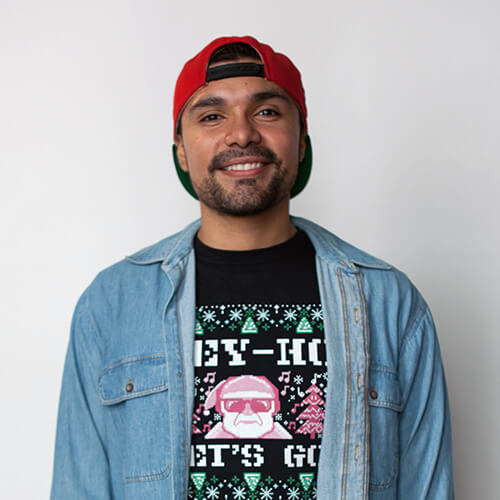 How Did the T-Shirts Look?

When the guys got the t-shirts, most of them were really vibrant, with the exception of Spring which Leandro noted that even though the colors weren’t too bright, the print was still nice.

Mario who wore Spreadshirt and Cristian who wore Redbubble both said that their shirts were vibrant all through the week, even after washing them several times.

Only Jan mentioned problems with the brightness of his Threadless shirt. He said that the colors were very bright on the first day but considerably faded after the first wash.

Previous
Next
The colors on the t-shirt were really intense when I first got it, but I noticed that they started to fade after the first wash. After the 4th wash, the print started to crack. 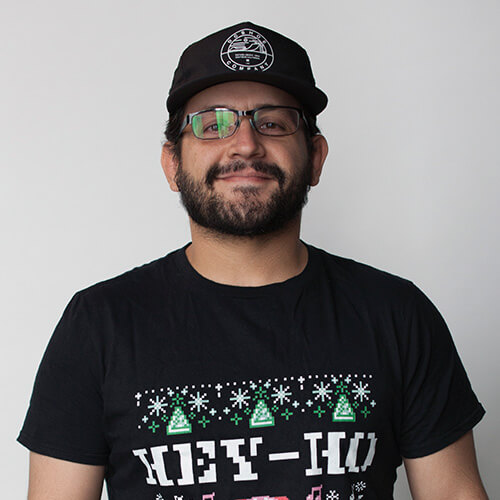 How Did the T-Shirts Feel?

The fabric was comfortable and not too thick, though I used it to exercise and I wouldn't recommend it because the print is uncomfortable. Also, I liked that the shirt wasn't baggy, and I felt that it fit me really well. 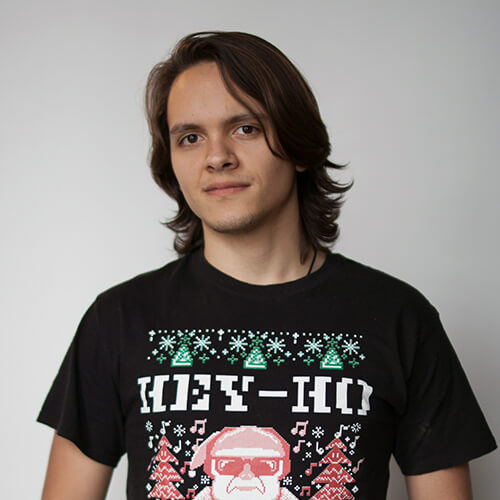 Leandrowearing Spring
Even with the heat while washing my car or doing chores, I didn’t once get excessively hot. It was even comfortable enough to exercise in it.

Mario wearing Spreadshirt
The fabric felt nice but I couldn't wear it because even though I usually buy medium t-shirts, this one was way too fitted and long, it was uncomfortable. 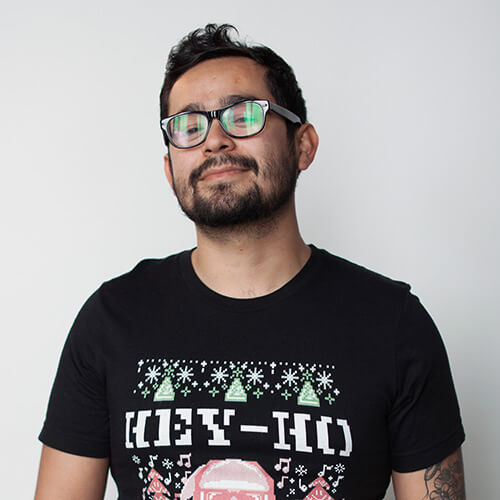 Tonywearing Society6
Before I washed the shirt for the first time the print felt plasticky and uncomfortable, but once I washed it, it turned softer and the t-shirt was really comfortable.

Janwearing Threadless
After using it for three days straight, I put on another shirt and I felt the difference in material. My Redbubble t-shirt was much more comfortable and soft. 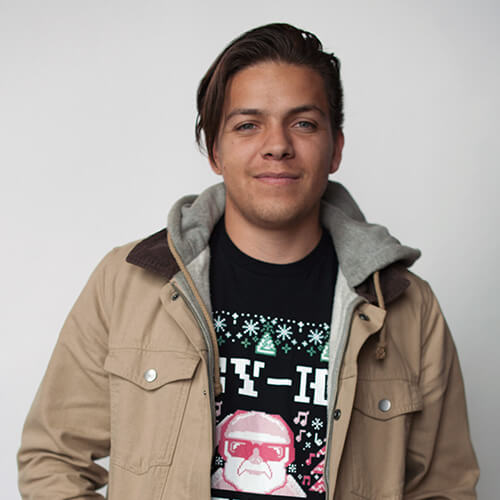 The T-Shirts after Five Days of Use (and Wash)

So Guys, How Do You Rate Your T-Shirt?

After wearing the shirts for five straight days, we asked the guys to rate the shirt they got, here are their final thoughts and raitings. 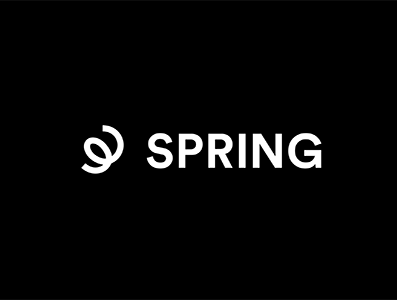 Comparing it with other shirts I own and after washing it and using it really often I liked that the print didn't fade and the print still looked pretty nice.
Leandro

The colors are still very vibrant and not at all faded, not a single tear or hole on the fabric, and aside from a couple cracks in the white lettering, it still looks as if I hadn’t worn it once.
Mario

The shirt was uncomfortable and very fitted, I'm used to shirts that are a bit less form fitting. The print was dull and had too much texture.
Tony

I have other t-shirts that after a lot of washing the print still holds, this wasn't true with this shirt. If I had to rate separately I would give 4 stars to the shirt and 3 to the print.
Jan

After exclusively using the same t-shirt for five days in a row I can say I felt the difference between this one and other ones I own, which feel much more rough.
Cristian

I’ll start by saying that we, in the Placeit Blog team, were very excited to do this experiment. We’ve been writing for so long on print-on-demand sites and the benefits they have for our users that we wanted to be a part of the discussion and bring you valuable information. We hope these print-on-demand site reviews help you decide which one is the best fit for your designs. Once you succeed in selling your designs on your t-shirt business you should go ahead and expand your product line! If you don’t have your official logo, make sure to create it. Make a strong brand. As always, if you have any questions or would like to know specifics we might’ve missed, don’t hesitate to leave us a comment.