It’s amazing how the little things can really add up. Whether it’s donating just a dollar a day, or everyone eating vegetarian just one day a week, small changes, adopted by everyone can have massive global repercussions.

In this installment of our new series on small changes with big effects, we’re going to look at default margins. What if the default margins for Microsoft Word and Google Doc were 0.75 inches? Would it be a discernible difference for usability, or wouldn’t it matter? What would happen if this was adopted on a global scale? We look at:

Standard US letter paper is 8.5″ by 11″. Microsoft Word’s default margins are 1.25″ or 1″, depending on who you consult, and Google Docs have their default margins set to 1″. It’s worth noting here that none of the above measurements are really based on anything. Standard US letter size was first established by (and I’m not making this up) Committee on the Simplification of Paper Size in 1921 and was confirmed by Regan in the 1980s. 1-inch margins just sound like a nice round number.

That’s thinner than an iPhone.

Here’s a video of one of the world’s thinnest smartphones. The difference we’re talking about is less than that phone.

Here’s a side-by-side comparison of a Word document with both 1-inch margin (the default) and 0.75″ margin. 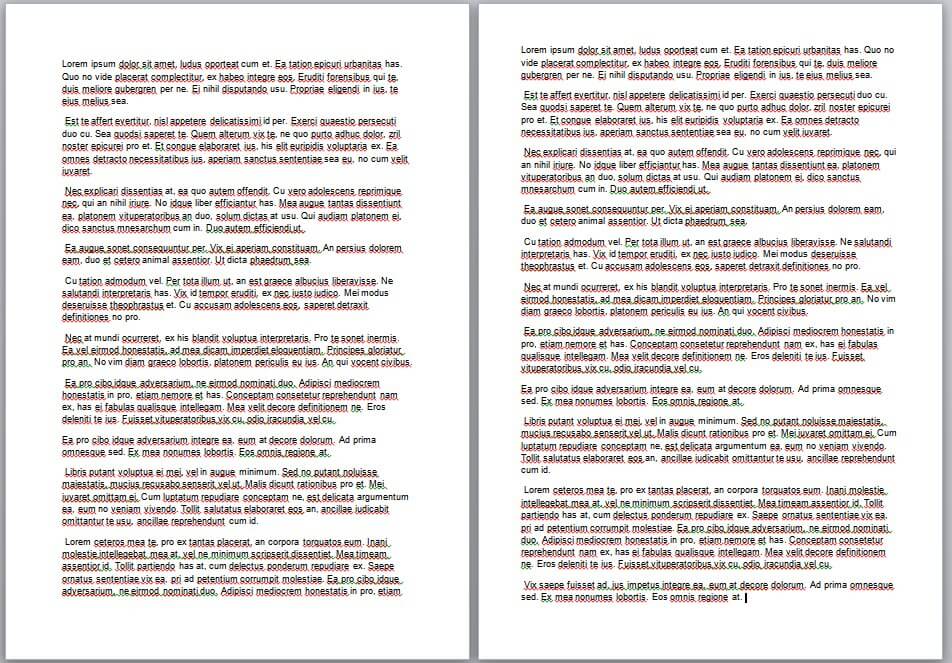 There’s absolutely a visible difference. But a significant one? Probably not. And if they weren’t side by side it would be even less obvious.

So it’s clear that a 0.25″ reduction in margin size would barley affect the usability of reading on paper. But would it actually make that big a difference to our world?

Turns out, yes – margin reduction would absolutely help our world. Let’s look specifically at the USA for the time being (more global applications later on).

The report commissioner estimated that new margins would reduce paper use by 4.75 percent.

That doesn’t sound like a lot. So let’s look at it in a little more detail.

That’s quite a lot.

So there’s definitely some waste benefit from reducing margin size even a little bit. But what about the actual savings we’d make in reduced lumber harvesting?

That’s quite a lot of trees.

So there are very real environmental incentives to change over to 0.75″ margins. But the savings don’t stop there. Each ream of paper costs between $2 and $4 dollars. So the average cost in the US of paper is probably somewhere around $3.00 per ream.

That’s quite a lot of money.

Note: if you want to work out what your office would save follow this equation:

There are very real and calculable primary effects for both businesses and the environment if we reduce our margins by a fraction of an inch.

The rest of the world

Paper consumption worldwide is somewhere around 300 million metric tons (that’s 336 million short tons). Let’s assume a third of that is office paper (the rest is packaging, glossy/fine paper, and cardboard).

The paper industry doesn’t just take trees. In the US, the paper industry accounts for more water consumption than any other industry and the second-most energy consumption of any industry.  Globally, it’s the third biggest consumer of fossil fuels. Plus, each tree that isn’t cut down for paper provides enough oxygen for 3 people.

So secondary effects from reducing paper production with a 0.25″ change in margins can be broken into three areas:

Let’s look at these in a little more detail.

That’s a lot of oil.

Naturally, not all paper is made directly from oil, and there are other fossil fuels out there, but it’s easy to see how just a 0.25″ reduction in margin size can lead to big savings for the world. 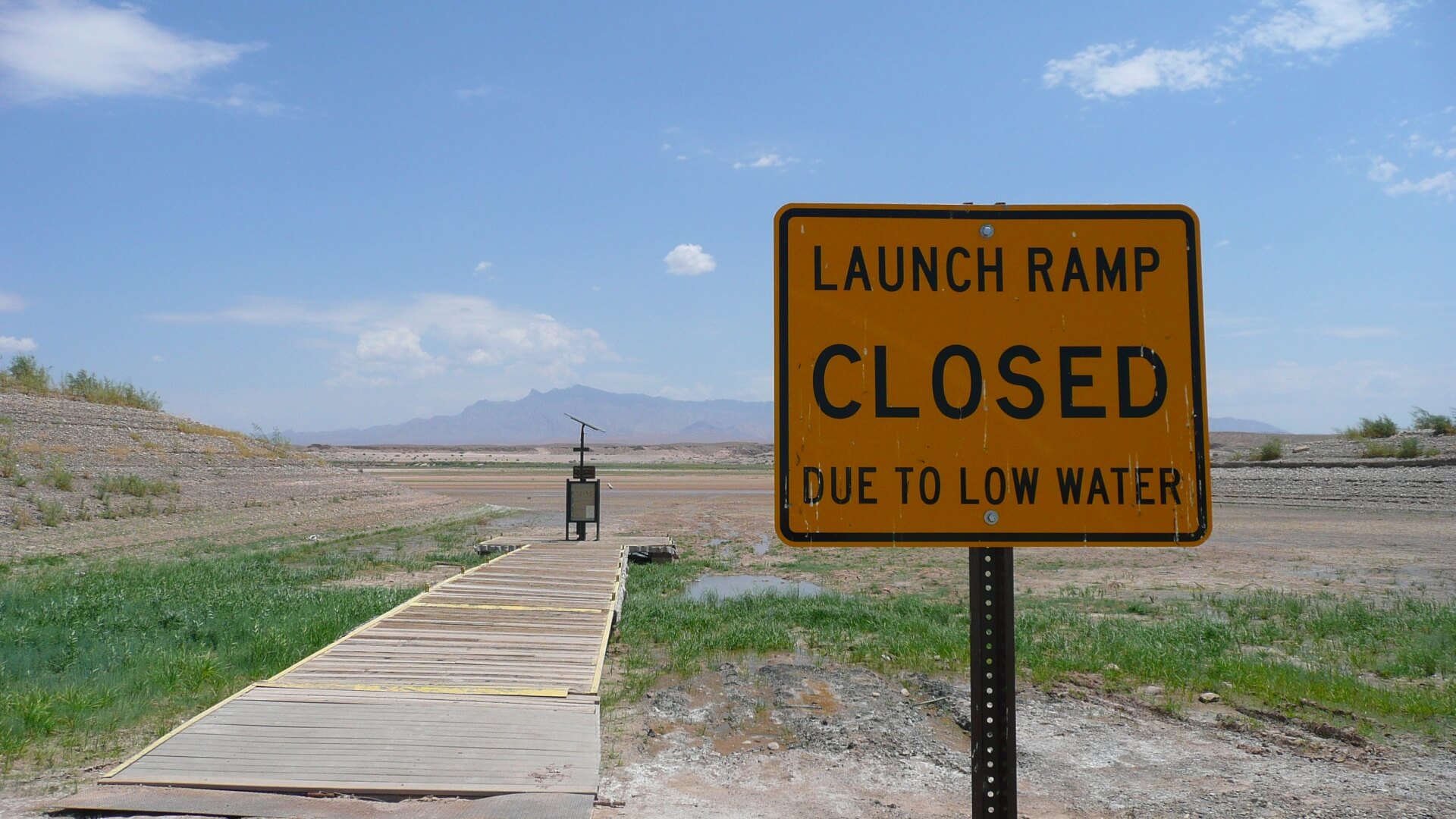 Water is an increasingly important resource. Lakes in the South-west United States are going dry. On a global scale, there’s increasing concerns over water rights in the Middle East.

So how much do we actually use to make paper, and how will 0.25″ reduction help?

One sheet of paper takes 3 gallons of water to make.

Improved air quality is the hardest effect to draw a direct line to. It’s more complicated, because trees simultaneously provide oxygen and take in CO2. Plus, cutting trees down and turning them into paper releases about 5,700 lbs of greenhouse gasses.

But here’s some food for thought.

A young tree can scrub 13 lbs of CO2 out of the air (older trees are much better and get up to 48 lbs) in addition to releasing oxygen for two people.

By reducing margins it would mean that there were 132 million more trees in the world. Each year.

That means, every year, we’d be scrubbing an additional 1.719 billion lbs of CO2 out of the air globally. That’s a lot of CO2. Plus more oxygen, increased ability to fight air pollution increased ability to scrub even more CO2 – once those trees get going it rapidly becomes a positive feedback loop for the environment.

Little things add up. Things like turning off the lights when you leave your house, or changing the default setting on an iPhone to be 1% less bright.

Or resetting your default margins.

These things, multiplied millions or even billions of times, can have tremendous effects on the environment and our lives.

It’s asking very little of ourselves to make tiny virtually unnoticeable changes. But if we do, we can change the world.

Hundreds of Free High-Res Freebies Just for You!
Claim Your Freebies
Our freebies are updated all the time!
2 CommentsClose Comments